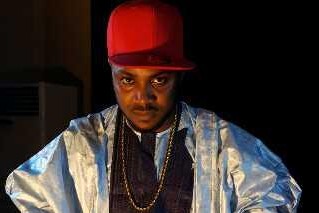 Kannywood actress, Nafisa Abdullahi, has confirmed her relationship with Adam Zango, saying she can no longer deny her love for him.

Ms. Abdullahi, on her Instagram page under a picture of Mr. Zango, wrote she did not care what people would say about them but only hoped and prayed the future will serve them well.

The post read: “This post is gonna make a lot of people question me. Whatever question anyone (has), I don’t know the answer to it. In fact, I have a lot of questions that I don’t know their answers… I don’t know how to pretend, so the only thing (I) am gonna say is I do love and care about this person and whatever it is the future has for the both of us (I) am already prepared to take it but meanwhile I can’t deny caring about him anymore… So, please, speak of good or keep quiet. Thank you.”

The duo has been plagued by dating rumours since 2013. However, it appeared they separated with Ms. Abdullahi throwing a private party in Kaduna to celebrate the separation.

The party earned the actress a six-month ban in Kannywood.

Ms. Abdullahi at the time told PREMIUM TIMES that her ban was merely witch-hunting by the regulators.

“I don’t want to believe I was banned for six months, but I shall appeal the ban,” she said. “It is a mere act of witch-hunting.”

Recently, Ms. Abdullahi and Mr. Zango were seen around and Abuja on sets for his music videos.

Meanwhile, a friend of the actress, who pleaded anonymity, confirmed to PREMIUM TIMES that the couple is “really in love”.

“As for my friend Nafisa, she loves Adam very well now,” the friend said. “I just pray it ends well.”

Earlier this year, actress, Rahma Sadau, accused Mr. Zango, a film producer and actor/singer, of booting her off his film for rejecting his sexual advances.

The actor initially denied the allegations then later retracted his statements, apologising to both Ms. Sadau and her mentor, actor, Ali Nuhu, whom he had accused of being behind Ms, Sadau’s “attack” on him.

Meanwhile, prior to his apology, Ms. Sadau was banned by the Kannywood regulators and asked to retract her statement against the actor.