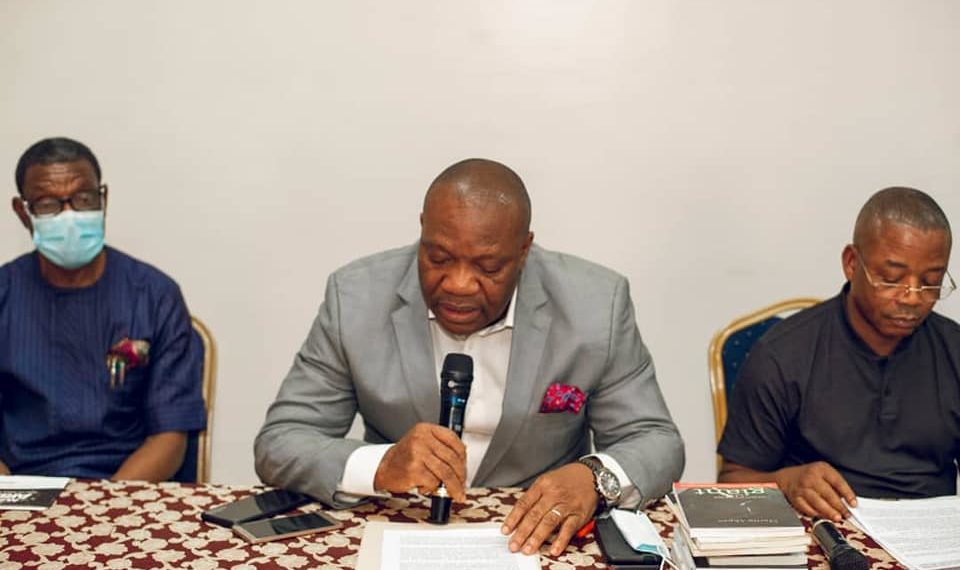 Over 40 book clubs and at least 700 delegates are expected in Uyo, Akwa Ibom State, this Thursday, for the maiden National Conference of Network of Book Clubs and Reading promoters in Nigeria.

Thousands of people are also expected to join the conference via a video network application, Zoom, the Chairman, Local Organizing Committee, Ekong Sampson said Tuesday at a press conference in Uyo.

Mr Sampson said the city was ready to host Nigeria.

“A total of about 700 delegates are expected at the conference, with many among them coming from outside Akwa Ibom. Thousands are also expected to join via zoom. It will feature presentations by over 40 book clubs in the country, Mr Sampson, a lawyer and an author, said.

The conference which is taking place from 16 to 18 September, 2021 at Watbridge Hotels & Suites, Uyo, would be chaired by Assam Assam, SAN, a former Nigeria’s Ambassador to the Russian Federation and Belarus.

Mr Sampson, who described the event as a “book fiesta”, said Uyo is expected to be officially declared as “Nigeria’s Book Clubs city”.

Felicia Etim, a Library Science professor and Librarian, Federal University, Otuoke, is the Keynote Speaker while professors Joe Ushie and Des Wilson from the University of Uyo and other authors will make presentations at the event.

The event will be hosted by Uyo Book Club, a literary club established five years ago which has given birth to two other reading clubs, Raffia City Book Club in Ikot Ekpene and Oil-city Book Club in Eket, all in Akwa Ibom State.