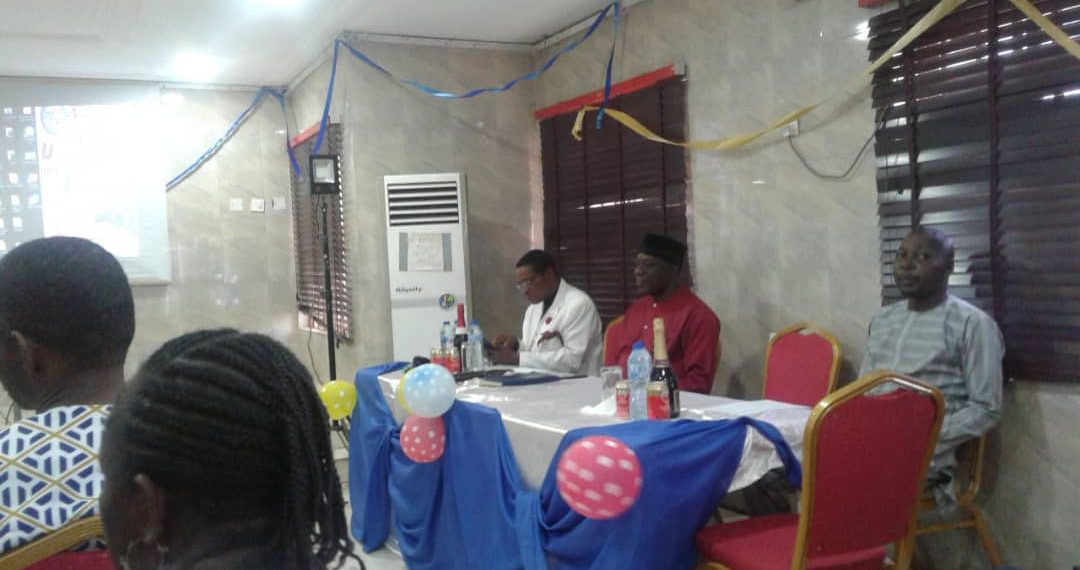 Launch of the 'Mystery of the cross revealed' in Abuja over the weekend. Picture credit: Tosin Omoniyi

A Christian missionary, Oscar Amaechina, has said his new book, ‘Mystery of the cross revealed’ seeks to challenge false Christian teachings and modern day preachers, who seek to twist the truth of Christian doctrines of salvation, prosperity, grace, service and suffering.

Mr Amaechina said the 236-page book, which was unveiled over the weekend in Abuja, seeks to reveal Biblical truths which many pastors are afraid to tell their congregants. The book, according to him, also unveils the reality of Christian suffering and the mystery of the cross.

The missionary, who spent years in Kebbi State bringing relief to the unreached rural communities, said the book is ”expository, holistic, abnormal, strange, controversial, edifying and offensive’ adding that ‘Babylonian pastors, false teachers, false prophets and their enslaved followers who love bondages are expected to rally against the book but the Mystery of the cross is the best thing to have happened to the body of Christ globally”.

”Answers to what has gone wrong with our churches are provided in this book. It provides solutions to many problems and answers to questions about today’s Christianity,” the author said. ”There are biblical advance Christian concepts which the church has deliberately or inadvertently omitted in their teachings that were dug out in this book.”

Book reviewer, Iyk. O. Oji, said the ”book has the secrets of the very foundation of the world.”

”The book deals with the Bible truths regarding the power of the cross that leads into God’s kingdom,” he said. ”The revelation of today’s Babylonian kingdom and the fallacy and folly of prosperity preachers and fundamental bible truth that some churches and church leaders deliberately silenced.”

The professor also said: ”The author passionately declared that the cross is not only where our sins were paid for, where the devil was defeated, but the cross is the atonement that shaped Christianity. That the cross blotted the record of eternal debt that stood against humanity and that Christ rejected the flamboyant, ostentatious easy going churches of today who minimise the power of the cross but demystify the suffering church.”#

”Many pastors would not be comfortable with the content of this book, but I am convinced that some of them will be redirected by the exposition to do the right thing in their ministries and callings,” says Josephine Amaechina, senior pastor, Antioch Christian Centre, Abuja.

”In the book Christianity was redefined and there is a paradigm shift from what we used to know to what is the reality about Christianity. It is aimed at overhauling the Christian foundational architecture of believers, galvanise them to advance into Christian reality and wire them to seek the real Kingdom of God through pathways to Christian maturity,” she adds.