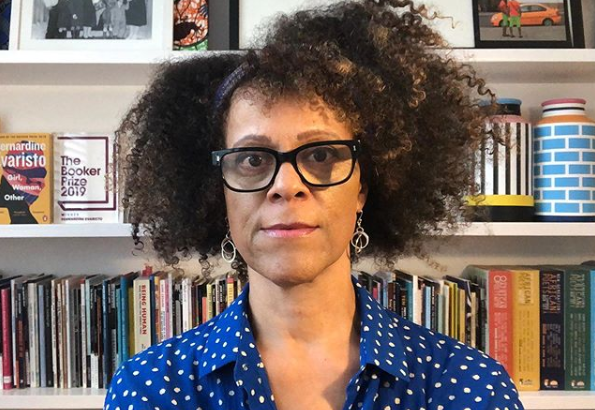 Nigerian-British writer, Bernadine Evaristo, has been named the author of the year at the British Book awards, the first black writer to ever win the category.

The British Book awards, also known as the Nibbies, are produced by the UK’s book trade magazine, the Bookseller.

Ms Evaristo, who was the joint winner of last year’s Booker prize for her polyphonic novel, ‘Girl, Woman, Other’, also won the fiction category, snagging the prize ahead of her fellow Booker winner Margaret Atwood, renowned Canadian author of “The Testaments.”

Last month, the Nigerian novelist became the first black woman to top the fiction paperback charts in the UK, a development she described as surreal.

This was after a widespread criticism of UK publishing industry of having biases against black and Asian writers against the backdrop of the Black Lives Matter movement.

“I’ve been writing for a very long time, and it’s incredibly gratifying to know that my work is finally reaching a wider readership. It’s also fantastic to see so many other books by writers of colour storming the charts.

“I’m pretty sure this is unprecedented. Of course, this has been triggered by the tragedy of George Floyd’s death and we should always remember that,” the novelist said in a report by the Guardian UK.

Ms Evaristo is a signatory to an open letter from a newly formed Black Writers’ Guild which is calling for sweeping change in the British publishing industry. Publishers are “definitely listening to us today.” she qas quoted as saying.

Meanwhile, another Nigeria writer, Oyinkan Braithwaite, won crime and thriller book of the year for her thriller novel, “My Sister, the Serial Killer” which has received many nominations and won the Anthony award for Best First Novel.