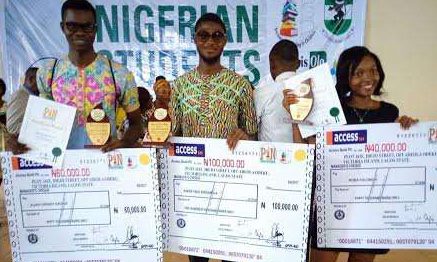 Poets in Nigeria have announced the shortlist of 10 poems for the 2018 edition of the Nigerian Students Poetry Prize.

Entries were opened for submissions on January 15.

The shortlisted poems are:

Words My Mother Told Me by Oyekunle Peter (Federal University of Technology, Akure),

Yet Another Head by Amagwula Comfort (University of Lagos, Lagos)

According to Mr. Bala, generously offered in the shortlisted entries are poems which, like their writers, are diverse in their style as they are in their preoccupations with different and differing topics and concerns.

“And it is my sincere hope that such awareness, interest and appreciation would continue to flourish and prosper even after graduation of the student-writers,” he noted

The prizewinners of this current edition will be announced at the NSPP Awards slated for May 24, 2018 at Godfrey Okoye University, Enugu.