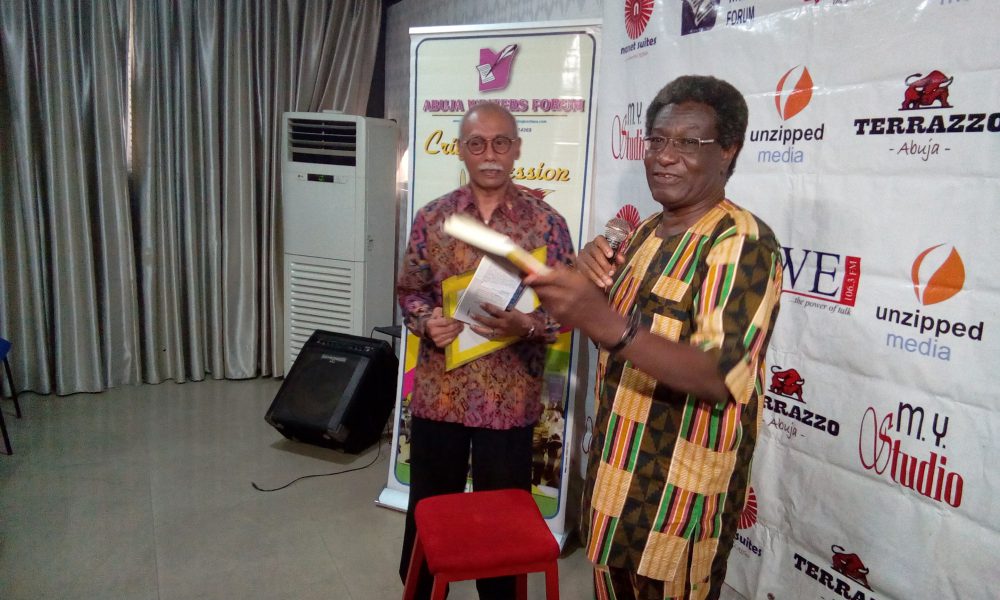 The Indonesian ambassador to Nigeria, Henry Purwanto, thrilled a gathering of writers and literary enthusiasts Saturday in Abuja when he gave a talk of contemporary Indonesian literature and lessons for Nigerian literature.

An initiative of the Abuja Writers Forum (AWF), the event held at the Aso Hall of Nanet Suites, Ekiti House.

An aficionado of fine arts who also has a passion for photography and plays the guitar, Mr Purwanto spoke about the evolvement of his nation’s literature and how it was able to enhance the its struggle for independence from colonialism.

Mr Purwanto at the event also highlighted the works of 10 contemporary Indonesian authors who he said were shaping the development of the nation through their works. These he said include: Ayu Utami, Goenawan Mohammad, Andrea Hirata, Sapardi Damono, Dewi ‘Dee’ Lestari, Djenar Ayu, Intan Paramaditha, Ahmad Fuadi, Leila Chudori and Feby Indirani.

“A young tradition, Indonesian poetry began in early twentieth century as the struggle for national independence from colonialism gained momentum…It was the nationalist movement, along with the spread of print media publication that spurred on the more conscious use of Indonesian (language) as a means of literary expression,” the diplomat said.

Mr Purwanto who dwelt much on poetry, also said, in a presentation put together by Nasir Amini that, “for better or worse, there is only modern Indonesian poetry and what comes after. There is no such thing as medieval Indonesian poetry, for instance, even in the 19th century, let alone in medieval times, there was not yet a country called, Indonesia.”

The initiator of the session, Emman Shehu, who also doubles at the Director, International Institute of Journalism, Abuja said there were plans by the writers forum, in partnership with Indonesia, to launch a joint anthology of works from Indonesian and Nigerian writers just as it did with Ecuador recently.

Mr Adama , a recipient of several merit awards, including Best Reporter Awards and Certificates of Honour for Academic Excellence, has also written short stories and plays.

Mr Yogiza, writer, poet and builder, is the founder of Free Poetic Universe, an online poetry platform. His works have appeared in anthologies, journals and online sites.

Mr Ochega composed the highly inspirational songs “Edo Princess” and “Ososo Hills” for the award winning documentary on Akoko-Edo, Edo state in 2007. Presently, his gospel single hit “You Are Worthy” is making waves in the media.

The Guest Writer Session featured a Q and A segment and also a raffle-draw for books.