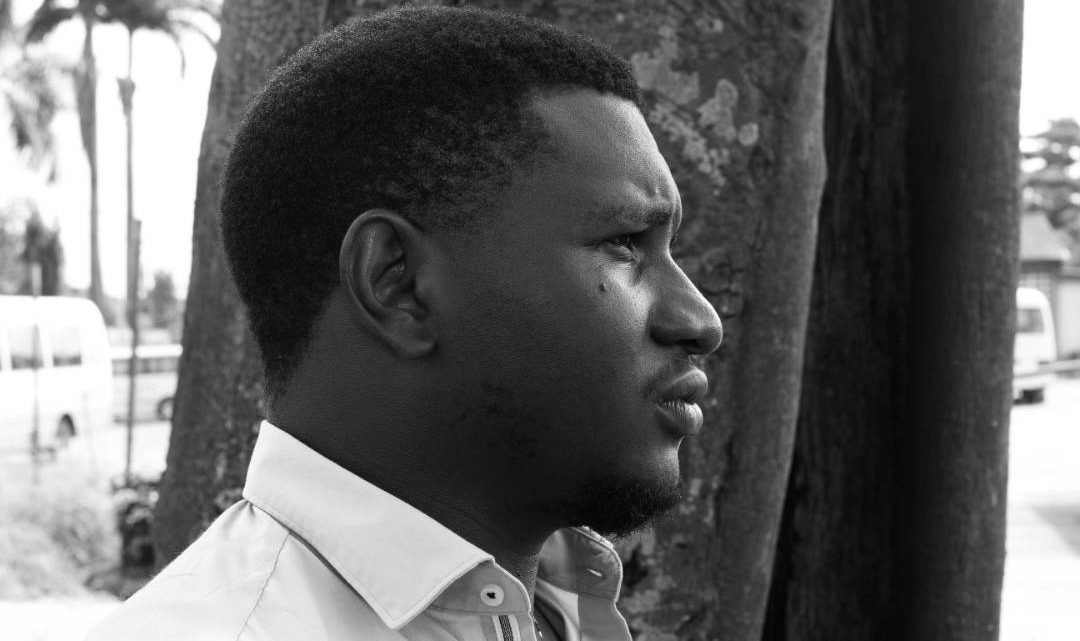 Dami Ajayi is a fusion of different poetic traditions and influences

Dami Ajayi: Journeying Beyond the Geography of Desire

If Daybreak and Other Poems is an opening into a new dawn in Nigerian poetry marked by a fistful of poems detailing love, sex and other phenomena around human existence, then the brochure of poems we have in Clinical Blues as a succession to this daring chapbook signifies one thing, Dami Ajayi is a fusion of different poetic traditions and influences. You cannot clearly nail him to Ezra Pound, T.S Eliot, Octavio Paz, and neither Okigbo nor Clark. You can only conclude he is a meld of such multiple.

Over the years now, his chapbook and his debut collection have clearly established his voice and exhibited his forte within Nigerian literary writing. As a psychiatrist, his language is belaboured with clinical registers, unfortunately if you are looking for such in his latest bunch, A Woman’s Body Is a Country, you would obviously be disappointed. This new collection is a symbolic tripartite marker of Dami’s poetry, and a lyrical tempo that interrogates loss, transition, shifting phases of life, the erotica, the banal and other politics of human emotions and life in general.

Delivered in a simple diction and miles away from the obscurantist world of Soyinka and the medical laboratory, each page of the collection is a beckon unto the next one. It’s a spiritual journey; memorable, painful and exciting at the same time, with such simultaneity one least expects.

But which country? If a woman body is a country, could it be a figuration of the Nigerian space and time? Or a metaphorical evocation of how the human comes into being through birth? Or is Dami alluding to the Adamic origin that the human ecosystem came forth through Eve? So many guesses fill one’s mind as the title suggests.

With this curious tone set right from the title, you can only read the book to avoid unhealthy assumptions about A Woman’s Body. Of course, a woman’s body is a centre of multiple expressions of love, sex, emotions, loss and other binaries. There is clearly much to hope for as one launches into this collection of sixty-eight poems. 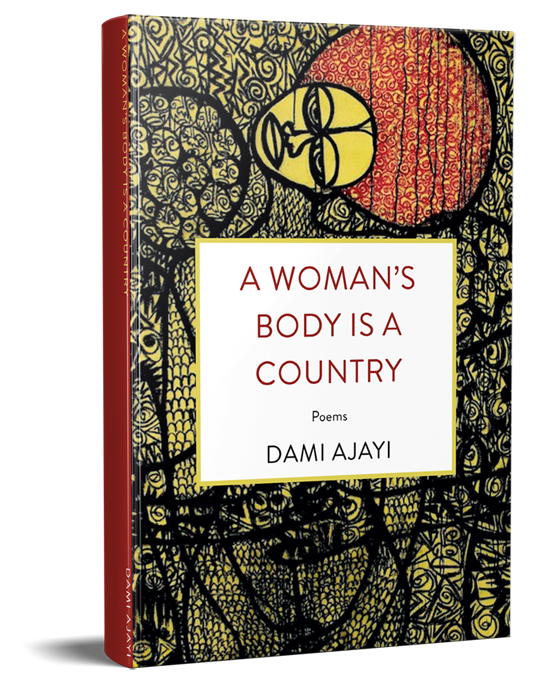 The first poem in this remarkable collection is a short manifesto of Dami’s poetics. Like what we have in Niyi Osundare’s “Poetry Is”, Dami defines what poetry means to him in “The Alphabet Laboratory”, both with its musical merge of sounds or association of letters that are ‘scattered on the ground’ to speak about ‘vestiges of war’ or whatever one uses a poem to address; alphabet is the house from which all words emanate. It is this acknowledgement that Dami gives us in this prelude. And like a trance and esoteric terrain which writers are often claimed to occupy, the persona is confined to ‘the silence of vacuums’ till further notice.

By the second poem, Dami has introduced us into the full face of his poetic journey. And as we sift through “Ode to a Work Day Beer”, we meet the common dictum of our time, all work without play makes Jack a dull boy.

Beyond the ordinary, the persona in the poem departs totally from the inertia which jumpstarts Monday and the troubles of urbanity and hustle; however, he is calling us to understand the leisure that should mark the end of the furrow of daily worries:

4 o’clock is where the day docks
the day ebbs, stretches, lapses,
into true mode
of tired housewives
before Librium
before paramours
before redemptive divorces.

While “Daybreak” reignites one’s memories of Ajayi’s first chapbook and fills one with the impulses of uncertainty with such new day, the persona links the birth of the new day with poetry whose meaning is liminal, uncertain and an ‘abyss’ of presences and absences. “Dream” is more of psychoanalytical if “Daybreak” is poststructuralist. The Freudian dream is an access to the unconscious realm composed of repressed memories.

It’s also a relief from the misery which surrounds human existence, as echoed in these lines: “Sometimes I shut my eyes/to the world’s misery/for a sleep-knack/bask in the immediacy/of Morpheus’s short embrace.” The dream motif is furthered through the poem, “Dreams Die at Ekwulobia”. And if you are familiar with Dami Ajayi’s chapbook, Daybreak, you should not have trouble interpreting Ekwulobia as a subset for tragedy of growing up in the Nigerian hinterland, and a universal setting for Nigeria in general.

As Dami’s trademark, the trope of love is registered through the character of Paulina whose love was a source of chaos and exerted tremendous influence on the persona to chase ‘stolen dreams’. This trope is continued in “My Love For You Is Psychosis”. In “Blue Room”, the persona gives us a lurid tale of an amorous episode of ‘fancy hotel beds’ and erotica encounter of the persona with his female lover. Sex does not attenuate love but gives it more energy and the energy is locked in the “Four Phases of Passion” that Dami itemises for us.

There is swift change of tone by the time we arrive at the town of loss, grief and human displacement enabled by death. Here, the persona unveils to us the vanities of everything in life through offerings such as “Ayo’s Dance,” “Solitude,” “Die a Little”, and among others. However, displacement is not occasioned by death alone, and there are other departures such as we have in “Home”, which clarify another category for us, with this motif being more established by the time we move into “On Airport I” & “On Airport II”.

Suspense is the beauty of this poetic brew. We might have travelled through the different phases of the verses. But it’s until we arrive on the last page that Dami interprets why a woman body is a more than a geography of the pretty skin texture. It is part memory and devotion: a devotion controlled by impulses of love and desire, and the ‘loyal swelling of a man’s body’. Interestingly, this is a desirable journey which crystallises into new beginning for all humans. You can only conclude that this collection is a call not only into this body of poems but a body that births new meaning and imaginaries as you journey.

Salawu Olajide’s poems have appeared in Transition and elsewhere.