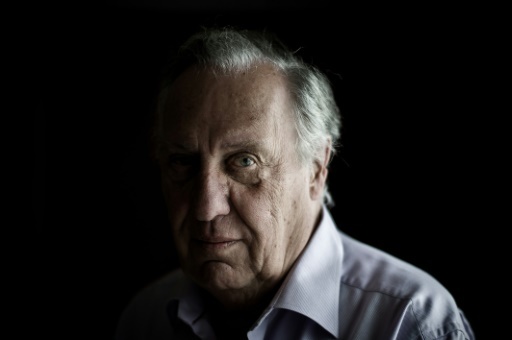 The famous British author, Frederick Forsyth, has revealed he worked as a spy for British Intelligence agency, MI6, during the Nigerian Civil War.
Mr. Forsyth, who is best known for his spy novel, The Day of the Jackal, which is based on a real account of assassination plot against late French premier, Charles de Gaulle, said he was first approached by the spy agency to provide information when he was working as a reporter in Nigeria during the Nigerian civil war (1967-1970)

He revealed in his just published autobiography, The Outsider: My Life, that an intelligence officer asked him to “tell us what’s going on” during the war.

“For the last year of the Biafran War, I was sending… both journalistic reports to the media and other reports to my new friend,” he said.

He said the MI6 wanted to confirm the report that children were dying inside Biafra.

“The Foreign Office was denying that there were any dying children and they were passionate in supporting the dictatorship in Lagos, and it was oddly enough MI6 that had a different viewpoint,” he said.

He said many British volunteers provided information back home to MI6 at the time that it wasn’t considered out of place.

“There was no fee, no reward, you just do it. It was a different attitude back then.”

He however admitted that due to his work for the spy agency, MI6 approved passages from some of his later novels.

“I had a number I could ring… I’d ask, ‘Is it OK?’. They would check with superiors,” the award-winning author revealed.

He said he provided information to the MI6 over a period of 20 years from other locations such as Rhodesia (present day Zimbabwe), South Africa and, East Germany during the Cold War.

“It was normally a phone call: ‘can we meet – why don’t you join us for lunch? We have a little problem – would you mind slipping into East Germany and picking something us for us?'” he said.

Mr. Forsyth later befriended Odumegwu Ojukwu, the Biafran secessionist leader. He wrote a biography of Ojukwu tilted: “Emeka” (1982). He had previously written a book about the war in 1969 – “The Biafra Story: The Making of an African Legend”.

We performed well and were not corrupt, Jonathan’s ex-ministers tell Buhari