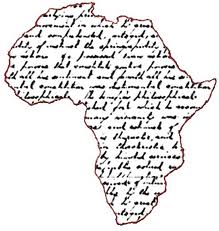 The Mabati-Cornell Kiswahili Prize for African Literature, a major new award, was announced Friday, November 21, at the Ake Art & Books Festival in Abeokuta.  The prize recognizes excellent writing in African languages and encourages translation from, between and into African languages.

Renowned author Ngugi Wa Thiong’o, a Board member, said that the Mabati-Cornell prize is a “major intervention in the struggle for writing in African languages, for their place and visibility in the global sun of literary imagination.  Prizes have generally been used to drown African Literature in African languages under a Europhone flood.  With the Mabati-Cornell prize the dreams of Diop, A.C. Jordan, Obi Wali and others are very much alive. I hope that this prize becomes an invitation for other African languages to do the same and much more.”

Over 140 million people speak Kiswahili in Eastern and Southern Africa; Kiswahili is also one of the official languages in Kenya and Tanzania. The Prize will be awarded to the best unpublished manuscripts or books in Kiswahili published within two years of the award year across the categories of fiction, poetry and memoir, and graphic novels. First prize winners receive $5,000 in the categories of prose and poetry; second prize in any genre is $3,000 and third prize is $2,000.

The winning entry will be published in Kiswahili by East African Educational Publishers (EAEP) and the best poetry book will be translated and published by the Africa Poetry Book Fund. Award ceremonies will be held at Cornell University, and in Kenya and Tanzania. The four prize winning writers will spend a week in residence at Cornell and a week at an additional partner institution.

Cornell English professor Mukoma Wa Ngugi, prize co-founder, said the prize recognizes that all languages are created equal and no one language should thrive at the expense of others. “But beyond that recognition, the Prize sets an historical precedent for African philanthropy by Africans and shows that African philanthropy can and should be at the center of African cultural production.”

Sarit Shah, director of Prize sponsor Mabati Rolling Mills, Kenya, said that “supporting literature and literacy is crucial to the development of a thriving culture, and Mabati Rolling Mills is proud to provide financial support for the foundation of a new venture in African language publishing. The new prize for Kiswahili Literature seeks to reward East African writers, artists and thinkers who, through their work, encourage literacy at all levels of East African society.  We believe it is vital to reconnect the world of ideas with the practical world of business and commerce.”

Literary critic Lizzy Attree, who co-founded the Prize with Mukoma, noted that while there exist international literary prizes for African writing such as the Caine Prize and the recently established Etisalat Prize, there are no major international and Pan-African literary prizes awarded to works produced in an African language. “The Mabati-Cornell Kiswahili Prize makes an important contribution to the body of world literature; the establishment of this new literary prize sets a precedent for other literature in African languages to follow.”

Laurie Damiani, Director of International Initiatives at Cornell University’s Office of the Vice Provost for International Affairs said they are pleased to co-sponsor this exciting new initiative, as part of Cornell’s commitment to diverse global society.  “It is an honor to be part of an effort that promotes vibrant literary traditions and encourages meaningful interaction between the peoples of East Africa,” she said.

No Order to Arrest Tambuwal – NSA

"What the world must do to stem Nigeria's looming electoral violence"