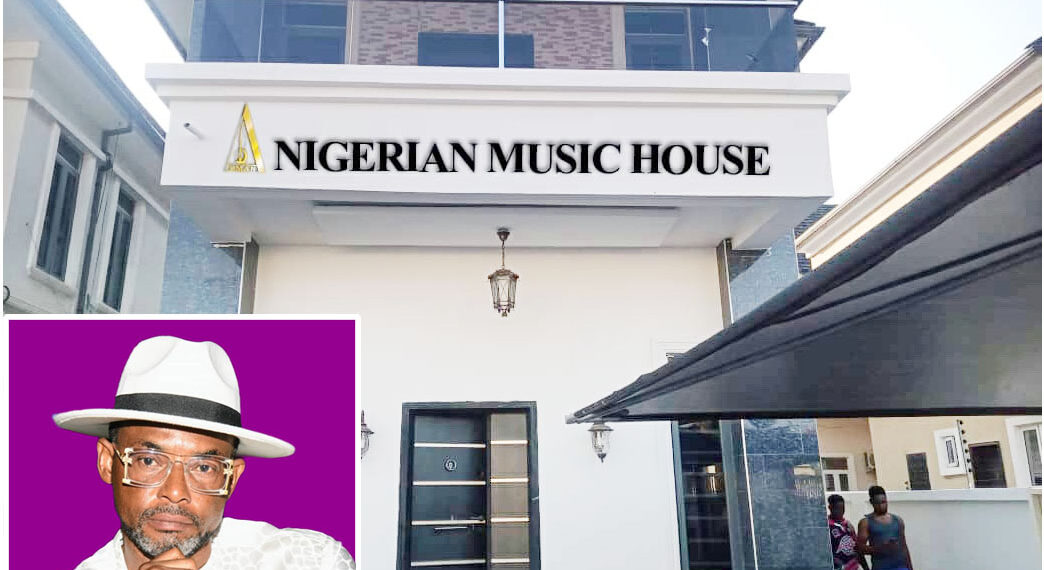 The Performing Musicians Employers Association of Nigeria (PMAN) has finally broken the over 40 years jinx of existing without its property.

The Performing Musicians Employers Association of Nigeria (PMAN) has finally broken the over 40 years jinx of existing without its property.

Christy Essien-Igbokwe and Sunny Okosun founded PMAN in 1984 to guide, protect and promote the interests of musicians in Nigeria.

The PMAN executives led by the president, Pretty Okafor, on Thursday, announced the acquisition of a multi-million-naira edifice in Lekki, Lagos, to be used as the corporate office.

The PMAN boss was one-half of the music duo of Junior and Pretty, who dominated the Nigerian music scene in the 1990s with their unique rap style.

Their hits include all-timers “Monica” and “Bolanle” from their album, “Fufu Flavour”, released in 1991.

Okechukwu Azike, A.K.A Junior, died on the 2nd of February 2005 due to injuries sustained in a power bike accident.

Mr Okafor, who has been PMAN president since October 2016, took journalists on the building tour on Thursday.

He said the move is part of the PMAN’s strategy for the ongoing biometric card registration drive being implemented in conjunction with Zenith Bank.

The PMAN president maintained that the decision to acquire a property in Lekki is borne out of good business sense.

According to him, it is to reposition and rebrand the union and bridge the gap between PMAN and the new generation of artists.

“We consider it necessary to have a business office accessible to the artist’s community and corporate sector in Nigeria. We want to ensure that musicians are receiving proper remunerations for their creative works both at home and abroad. Through the acquisition of this property, we are sending an important message to Nigerian musicians and the corporate sector that PMAN, the Nigerian music industry powerhouse, is back in business,” he said.

Mr Okafor explained that the National Working Committee (NWC) of PMAN deliberately chose Lekki for the new corporate office because it’s the new epicentre of the Nigerian entertainment industry.

“You know, our former rented office was in Ikeja, but we decided to acquire our property in Lekki. It’s a deliberate decision because Lekki is the new hub for the Nigerian music industry.

“It is the hotbed for the new wave of Afrobeats culture. Lekki is where the GenZs of Nigerian entertainment reside,” he noted.

Describing the newly acquired corporate office as a fully detached 5-bedroom duplex, the PMAN boss revealed that it is equipped with different ultra-modern facilities, including a digital music library, radio station, conference rooms, and VIP lounge, among others.

Meanwhile, PMAN has vowed to enhance its presence in all the six geo-political regions of Nigeria, as the association will soon embark on data capturing of its over six million potential members across the country.

He said they are capturing the data of PMAN members for effective administration.

A date for the formal opening of the new PMAN headquarters will be announced via the association’s official website.

Authorised by the government of Nigeria under the Trade Unions Act, the organisation is also responsible for regulating music practices in the country.

As of the 1st of August 2022, the president of PMAN is Pretty Okafor, the 1st Vice President is Sunny Neji, and 2nd Vice Zaaky Azay; National Treasurer is Asha Gangali; Ruggedman is Chairman Media while Ital Bonnie Aka Boniface Itodo is the General Secretary.