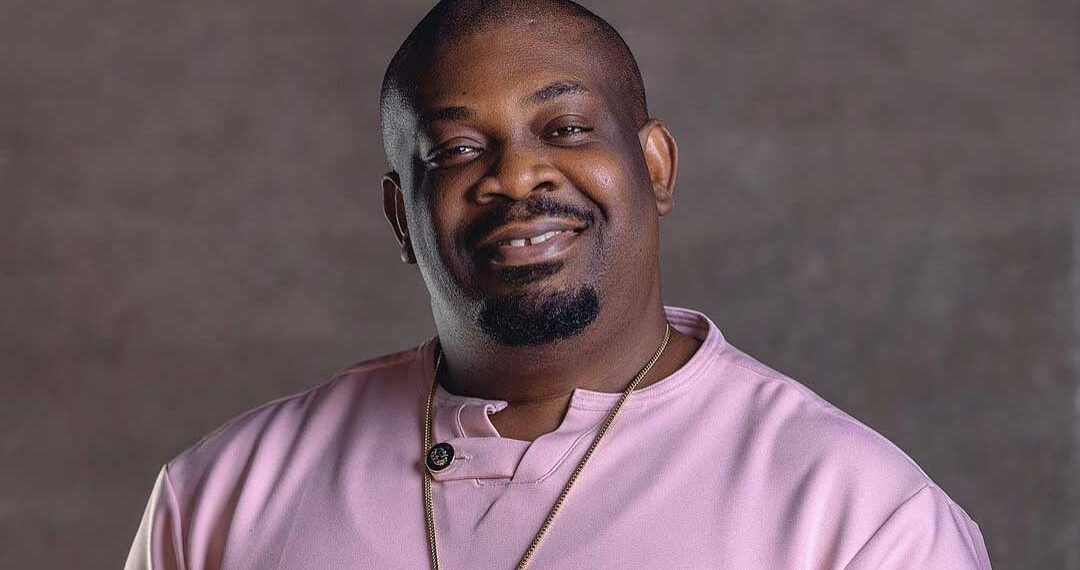 A roundup of top entertainment stories from last week

In a new video, Mavin Records boss Don Jazzy revealed why he is still single on Sunday evening.

The Mavin’s boss used filters off a social media app to humorously sing about his situation. While singing, he said, “I am treading carefully, cos I don’t want to be a scapegoat, once bitten twice shy, I dey hear word.”

He advised those continually asking by singing, “Take heart o, take heart o, this is why I will not commit I swear, I don’t know when I will commit my dear.”

Months after, his ex-wife Michelle Jackson returned to Nigeria, and they met up in Lagos.

The 39-year-old ace music producer explained that his pursuit of a music career led to his divorce from his partner. During Michelle’s visit, she confirmed that was true.

On Sunday night, Mavins star John Ighodaro, known as Johnny Drille, shared his number on social media with a poster that read: “How are you, my friend? Need someone to talk to? Call me on 09071306614.”

According to the poster’s details, the artiste revealed he intends to do this from 9 p.m. to 10 p.m. daily.

In an Instagram live video, fans called in to speak with the artiste and shout out to their friends.

The Nigerian singer released his latest single, ‘How are you my friend’ on 12th October, and he said the song was a reminder to check up on your friends and boost friendships.

The comedian announced the arrival of his baby with an emotional video of his wife’s pregnancy and labour journey.

Lasisi, while narrating in the video, revealed that his wife Nonso Adika became a shadow of herself, and his jokes were no longer funny to her when she had contraptions.

He told the incredible story as he held Nonso’s hand till the last minute she gave birth to their daughter he named ‘Rain Olanma Oluwafemi Afolabi.’

Lasisi announced his engagement to the Tinsel actress in July.

Do Yahoo instead of gambling – Seun Kuti

In a video, Seun, son of Nigeria Afrobeat pioneer Fela Kuti, said he prefers the youths to engage in fraud to waste their time gambling in bet houses.

He said, “Don’t do gambling, that one you don already lose, that one na setup. I prefer yahoo yahoo to gamble, do Yahoo Yahoo.”

He explained that gambling now belongs to foreigners “all these gambling firms you are seeing now na white mans business, here to extract the little we have in our pocket”.

READ ALSO: How to bet responsibly in Nigeria

While stating he is not the type to scold anyone for gambling, the singer pleaded with African youths to avoid the act.

“I’ll never be the one to say that you are a bad person for gambling.

“But I’m just begging young Africans, your greatness doesn’t lie in all these,” he said.

He added that gambling is a white man’s business designed to extort Africans of their resources.

“All these gambling firms you see are white man’s business, here to extract the little we have in our pocket through the gambling platforms, selling you false hope.”

The artiste, reportedly on vacation and tour in Europe, sparked rumours when pictures of him and a lady holding hands and walking on a beach surfaced online.

The singer has not agreed he has been involved romantically with anyone in the past but always has rumours and speculations flying around, leaving his female fans guessing and wanting.

Dorcas Shola Fapson has shaded her ex Skiibii after they broke up.

The pair flaunted their love on social media only weeks ago as they wore matching clothes.

The actress used a line from the singer’s song ‘Daz how star does’ to broke shame him on social media. She wrote, “Ice on my neck, ice on my wrist, no running water in your house, no food in your fridge, no money in your account”.

Her colleague Stanley Nweze reacted by saying, “so na wetin you find go ?” while Augustine Elioh insinuated she was a sex worker.

The reason for their sudden sour relationship is yet to be known.

Nollywood actor Prince Eke has revealed that he still has his Nigerian PVC despite becoming an American citizen.

He celebrated his achievement on Monday on Instagram in a post which read, “Today I truly become an American. I give God all the glory because it’s neither my power nor my might. It’s all His Grace !”

The 41-year-old actor said he decided to get US citizenship due to bad governance in Nigeria, “So many started this journey before me, but their cases are still undecided. Some drowned in the Mediterranean Sea while others died in the deserts to run away from a wicked government.”

“A government that has weaponised poverty. Insecurity and hunger are the order of the day.

As BBNaija winner, Phyna went home with prizes worth N100m. It included N50m, a G5T SUV from Innoson, cash prizes from Pocket and Flutterwave, and a trip to Dubai for two.

She also won a brand new Camon 19 from Tecno, electronics from Nexus, and a year’s supply of Pepsi.

On Sunday, fans gifted her N5m, a money-shaped cake, designer bags, cakes and other gifts to celebrate her win.

On Monday morning, Ex Bbnaija season 7 housemate Hermes Chibueze Iyele famously known as Hermes, posted a video on his Instagram showing a police officer searching the Uber he was in.

The reality star explained that he and his manager were stopped and profiled because of their appearance. His manager wore a woven dread while on his tinted hairdo and piercings.

The policeman was captured on video searching the waist bag of the manager.

Hermes said, “I got stopped by the Po Po even celebrity status no go stop am.”

The Soul Train Awards is an annual music awards show that recognises and rewards excellence in African American culture, music, and entertainment.

The Nigerian superstars were nominated in the Best New Artist category.

This year the award would take place on 13 November in Las Vegas, USA and would be anchored by American actor Deon Cole with musical performances by various contemporary R&B and soul musicians.

God called me to change the story of Lagos-Funke Akindele

At the worship service of a Cherubim and Seraphim Movement Church in the Surulere district of its Badagry circuit headquarters on Sunday, actress-turned-politician Funke Akindele said God called her to change the story of Lagos.

Ms Akindele, who flagged off their campaigns last Wednesday, is the running mate for the 2023 Lagos governorship election under the aegis of the Peoples Democratic Party (PDP).

She said God has been with her from birth and that she aspires to make Lagos work for all segments and divisions.

“He chose me to be the deputy governorship candidate of the PDP, despite the crowd that struggled to be chosen.I give God all the glory for what he has done. God has always been doing the best for me.

God called us, if not, we would have backed out. People have suffered, but God has called us and put us forward to come and change the story of Lagos state for the better. The success of Lagos state is ours.”