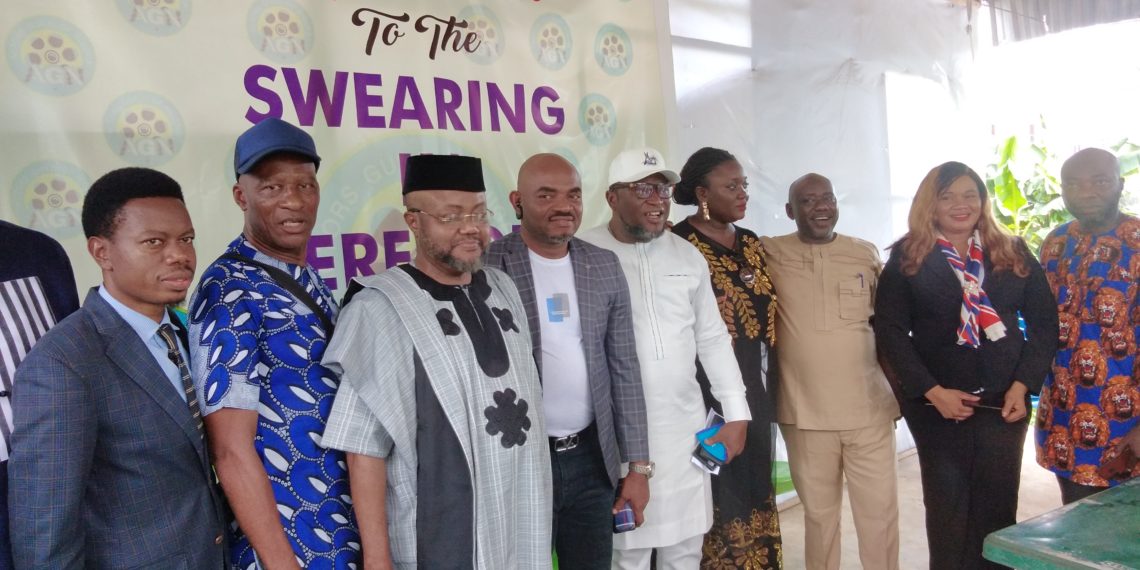 The Actors Guild of Nigeria (AGN) has promised to reconcile aggrieved members back into the association.

AGN is an umbrella union that regulates and represents the affairs of film actors in Nigeria.

“I will make sure that we go all out to reconcile every warring faction in the guild, especially people who may have decided to stay away from the guild, people who have been offended who may no longer come around for the meetings,” he said.

Mr Rising who has served in different capacities in the guild since 1998 said aside from reconciliation, he has the mandate to bring up and coming actors and actresses into the limelight.

“My association will go all out to bridge the gap between A-listers and starlets. I have so much belief in upcoming actors because my name is Emeka Rising, I’m rising in the lord, so, I expect that many upcoming (sic) actors will also rise along with me.

“My agenda is to create an enabling environment for upcoming actors because they are the ones that attend our meetings and activities,” said Mr Rising.

The officials were sworn in by Olugboyega Osiloya, a legal practitioner.

The guild also inaugurated a three-member business Committee to distribute its programmes nationwide while it announced a partnership with All News media.

The group’s national president, Emeka Rollas, expressed gratitude to the members for having faith in the administration. He added that a united group can “produce a show bigger than Big Brother” Nigeria (BBN). He also urged them to send their creative ideas to the business committee for execution.

He pointed out that the media reports their “scandals” rather than successes but the partnership with All News will ensure they have more unifying reports.

“We have a body that sees it from our own perspective. All news is a bridge between the AGN and the media,” he said.

In his welcome address, AGN’s Southwest Vice-President, Femi Branch, congratulated the officials while urging them to follow the path of the association’s president while charging them to build and reunite all existing factions within the state.

“There is no progress in the division for even the good book says, a house divided against itself, will not stand. You are now father and servant to all. Right now you have no enemies, only partners in progress. Set this as your foundation and trust me, the building would rise faster than you can imagine,” Mr Branch said.

AGN has been enmeshed in crisis in the past and held its first hitch-free national election in 2019.

AGN has been enmeshed in crisis in the past and held its first hitch-free national election in 2019.

Misconception on praxis and Nigeria’s “Revolutionary Book”, By Tony Iyare

Misconception on praxis and Nigeria’s "Revolutionary Book", By Tony Iyare