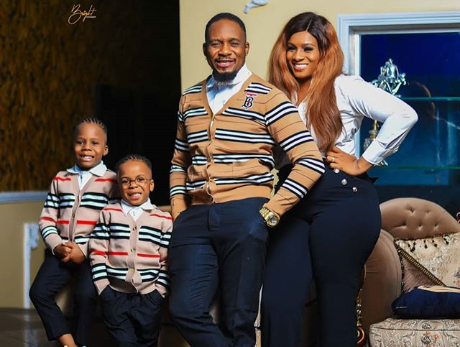 Jnr Pope says his house went up in flames while his family was asleep.

A Nigerian actor, Junior Pope Odonwodo, a.k.a Jnr Pope, has expressed gratitude to God for sparing his life and that of his family members after a fire incident destroyed his house.

The actor, who said he was so thankful to God for saving his entire family, took to his Instagram handle to show appreciation to God.

He said his house went up in flames while the family was sleeping but God intervened, adding that he was safe and no one sustained any injury.

‘‘Join Me In Thanking God Ooooooooo. My house almost went up in flames while my family slept. But GodIntervened. My hands are clean Oooooooooooo, (Akam di Ocha). God Is The Greatest (final full stop). My family and I are safe,” he wrote.

In 2006, the actor joined the Nigerian movie industry (Nollywood) and started attending movie auditions and acting as a minor character in movies.

He usually played the role of a bodyguard, palace attendant, and servant in movies.

In 2007, Pope rose to fame after acting in the Nollywood blockbuster movie “Secret Adventures” a movie directed by Tchidi Chikere.

He has acted in more than 150 Nollywood movies which include: “Secret Adventures”, “Mad sex”, “Bitter Generation”, “Vengeance of Bullet”, “The Cat”, “The Generals”, “Wrong Initiation” among others.

In 2010, he won the award for Nollywood Most Promising Actor in Nigeria at the Entertainment Factory Awards.