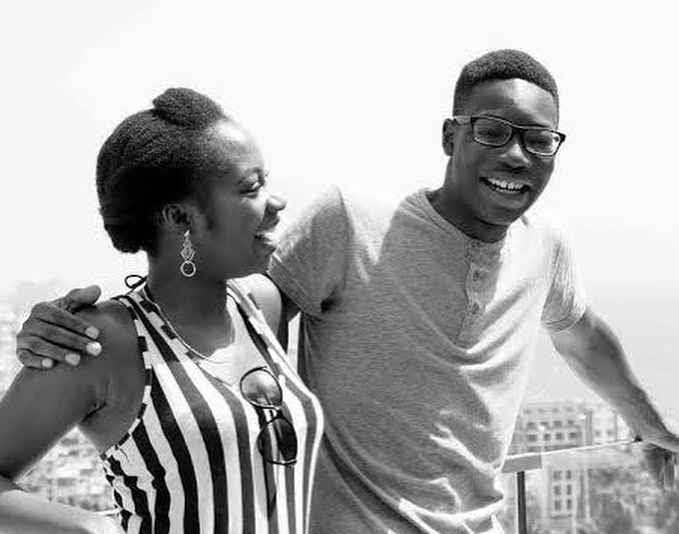 A man who died in a shooting in West London has been identified by the U.K police as Alexander Kareem, a younger brother of ex-Big Brother Naija housemate, Khafi.

20-year-old Kareem was gunned down while walking home from a convenience store close to his family home in Shepherd’s Bush, West London, in the wee hours of Monday, BBC reports.

He was pronounced dead an hour after suffering from wounds to his chest and abdomen.

A 42-year-old woman who lives close to where the shooting took place told BBC that it was a “traumatic experience” for it to happen so close to home.

The witness had been falling asleep when she heard a noise and looked outside to see a man on the ground being helped.

His death had left his family, friends and neighbours mourning for his abrupt exit as he “was friends with everybody.”

“After leaving school Alex was the same goofy guy – he was always happy – and always had a smile on his face,” an unnamed friend told BBC.

Khafi, 29, who previously said she joined the UK police force after a 16-year-old pal was knifed to death near her family home, is now distraught after learning her brother died in a similar way.

Khafi shared a black square on Instagram on Saturday where she wrote, ’00:40′ with a broken heart emoji.

READ ALSO: Half of Facebook employees to work remotely in 10 years – Zuckerberg

She had previously praised her brother in a March birthday post when he turned 20 for his ‘life’.

Sharing a photo of herself near Alex’s, she wrote on Instagram: “I thank God for your life and do not take you for granted!! I love you very much and I’m so proud of everything you are doing for yourself.

“You are a go getter and I pray God blesses every step forward you are making.”

Coming at a time when there is a global call for justice for victims of violence and brutality, Mr Kareem’s mourners are demanding the arrest of those involved in the killing.

The police are appealing for information about a white Range Rover driven by his killers which was found burned out three miles away in Ealing but they said no arrests had yet been made.

Police Chief Inspector, Wayne Jolley, said: “We are determined to bring those responsible for this unnecessary and terrifying violence to justice.

“We continue to appeal for witnesses who may have seen or heard what happened to come forward.

“The white Range Rover seen in the area and later found burned out is also a key part of the investigation.”