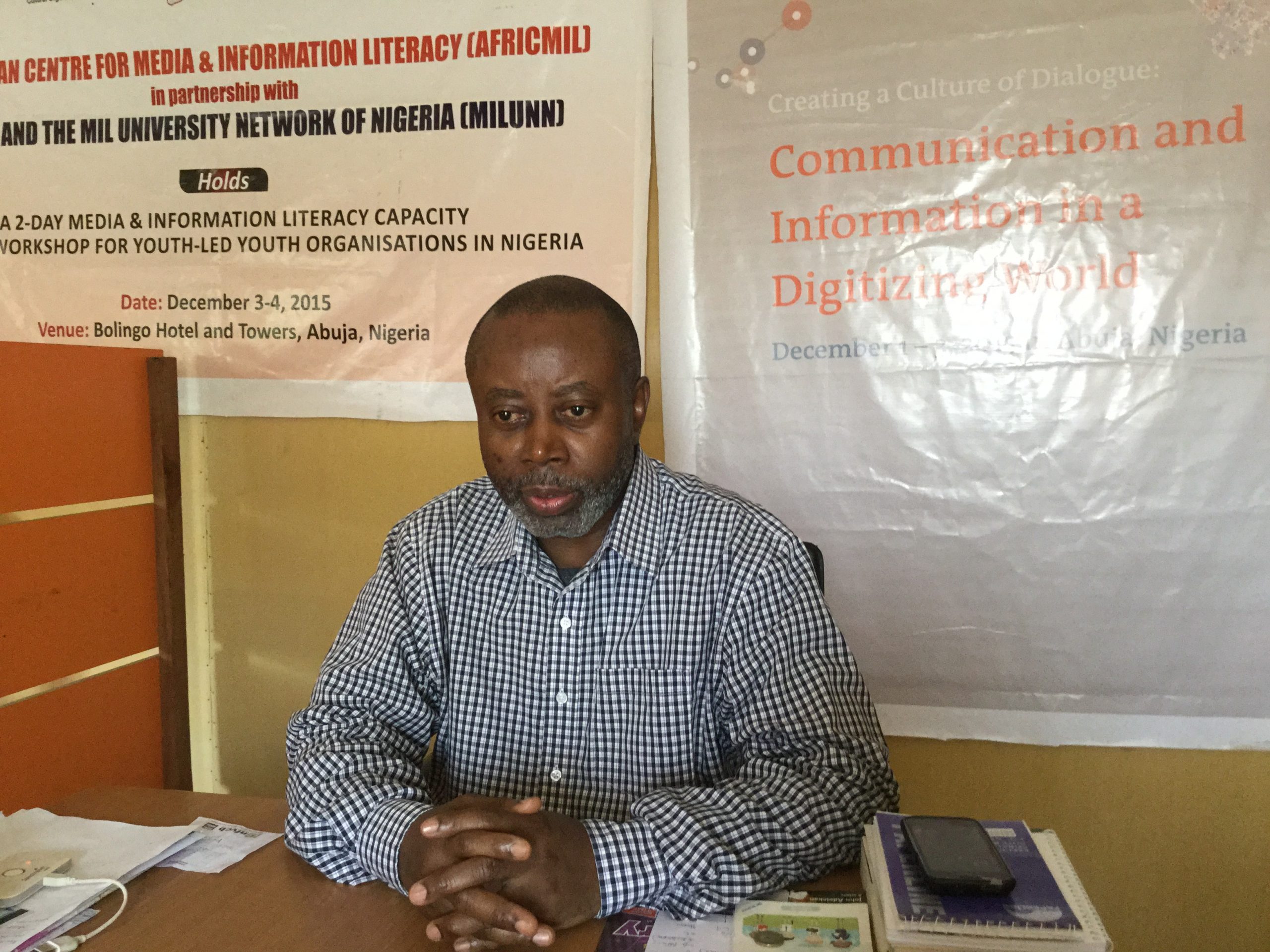 Jonathan has something to hide – Chido Onumah

A book Time to reclaim Nigeria will be presented to the public on Thursday December 15, 2011. The book is a collection of articles written over ten years on issues such as the trouble with Nigeria, President Jonathan’s insincerity and National Assembly’s hypocrisy on the anti-gay bill. Sani Tukur had a chat with the author Chido Onumah and below is the excerpt.

Q. Beyond the ‘need to’ have you been able to proffer the ‘how to’ take back the country from those you mentioned earlier?

A. There are a number of ways we can do that. I can’t say I have a readymade fool proof method of how to reclaim this country.  You can bet that once Nigerians set their minds to it, it is something that can be achieved. If you have something that you hold dear and it is not going the way it should go, your duty is to do something about it. As individuals, we have the right to protest, and we also have the right to not just complain but be active participants in the process of taking back the country. We have seen it happen in other countries of the world. Revolutions have taken place in different countries. Sometimes, it is bloody; sometimes, peaceful, and at times it can be democratic revival as we have seen in certain Middle Eastern countries and North Africa. So it’s up to Nigerians. I am just one person out of over 150 million people. As Achebe has said, the duty of a writer to provoke, to mirror society and let people see what is wrong with the society. If today Nigerians come together and say we are comfortable with the state of things, fine and good there is nothing I can do about it. I have travelled around the world, I have lived in other countries and I have seen how things work. For instance, I get appalled when our leaders talk about the cost of petrol in Nigeria being one of the cheapest. That is a dubious argument. But let’s even use it as a basis for argument and say which of these countries do their citizens go through the kind of discomfort that Nigerians go through, which country can we compare with Nigeria in terms of infrastructure, power, roads and health deficits. It’s so easy and fanciful for them to say oh Nigeria pays the least price per litre of petrol. Why are they not talking about Nigeria having the worst electricity and access to health facilities and so on. Is that not an issue?

In the past, we have heard of how our hospitals have turned into mere consulting clinics, but 30-40 years down the road, the situation is getting worse instead of improving for the better. So essentially, it is high time that Nigerians realized that the way we live in this country abnormal. Now is the time to do something about our country.

Q. Reading your book, one is tempted to feel you are not comfortable with the present federal structure, why?

A.I am not one of those who will say let’s Balkanize Nigeria, I am a federalist, but my attitude to this federal system is not what people see because not many people take their time to look at it, I believe that states should have enormous powers. I believe in fiscal federalism where states should have control over resources within their territory. Having said that, I am also looking at the bigger picture, I believe that we need to redefine the concept  of who a Nigerian is, so that anybody who is born in a state should have equal right with anybody that claims to be “ethnic indigenes” of that state. Once you live in a particular place for a number of years, paying taxes and all that, you must enjoy every benefit anybody is entitled to. So we can’t be talking about states having control over their resources and not talk about the social angle as well, and that is what people have been ignoring. Once we have fiscal federalism, all citizens must enjoy equal right without discrimination. That’s my attitude to the issue of federalism.

Q. Recently, the Senate passed an anti-gay bill, but your book suggests you are against the decision.

A. There are so many reasons. Two articles in the book talk about the issue of homosexuality. I look at it basically as a human rights issue which is what many people question. Two days ago, I was listening to one of the FM stations and I heard journalists talk about the need limit the frontiers of  human rights. I was wondering why journalists would be the ones circumscribing human rights, playing into the hands of dictators who will use the opportunity not just to bash gays but circumscribe the rights of other people in the society who don’t like what they are doing. Human rights are human rights, there can’t be a limit to human rights. I look at the so-called anti-gay bill from a political and social point of view. Homosexuals are Nigerians and they have rights too; they have not committed any crime. People talk about culture, but if it is culture we are talking about, why didn’t we continue the culture of killing of twins for example because that used to happen in some parts of the country in the past.

We live in a country in which the responsibility of the state is to ensure good governance and the maintenance of rule of law and the attainment of certain basic minimum standards for the development of the country. It is not the right of the government to determine what people do in their bedrooms. We are talking about a relationship between two consenting adults. It might be repulsive to you, but that does not make it illegal or criminal. Because gays are in the minority now, so we must have our way, but that should not be the case as far as I am concerned. So to me it is an absurd law that the national assembly wants to pass. Laws should be made to protect the interest of the people that live in the society. That law is a bad law and I don’t see us making any progress with it. I hope the House of Representatives will not join the senate in passing the bill. We should be concerned with serious national issues. There is so much hypocrisy around the whole anti gay thing. People have stolen billions and at the end of the day, they just get a slap on the hands. These are the kinds of things I expect the national assembly to be concerned with.

Q. Finally, the book comprises of so many articles written over a period of time, why is it just being presented to the public, why now?

A. Two reasons basically:  one, it is something I have always wanted to do.  I have been writing consistently for newspapers, magazines, and journals around the world for over twenty years. I have always dreamt of translating these articles into a book, but the Nigerian condition has not permitted it. Most importantly, I summoned up the courage in the last six months when the current regime came to power. It is clear that all the hopes and expectations of the people have been dashed. We have just been deluded for the past six months by people who claim that they are trying to transform this country. The president talks about anti corruption and a transformation agenda, but he is not leading by example. Our organization, the African Centre for Media and Information Literacy has taken the president to court for not declaring his assets. I can’t imagine a situation where a president who talks about anti corruption is refusing to declare his assets. And everybody is quiet, including journalists and civil society activists. What kind of example is the president setting for his lieutenants and for Nigerians in general?

Even the Code of Conduct Bureau has not acted on the president’s request that government agencies should work with civil society organizations to implement the Freedom of Information Act. We have made a request to the Bureau asking them to provide us information about the president’s asset declaration since July and nothing has happened.

Nigeria lies prostrate today because of the actions, and sometimes inaction, of Nigerians. So, essentially, this book aims jolt Nigerians, particularly the youth. The future of this country rests on them.

FEC to deliberate on White Paper on Boko Haram Wednesday