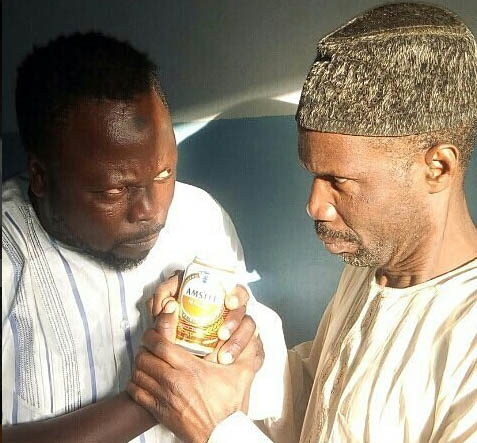 The Kannywood actor, Adam Zango, has asked his fans to join him on a fun trip to Lagos through a contest.

But the talented actor has decided to go on the trip with five of his fans. To select the lucky five from his teeming fans, he has initiated a contest, which will produce the five fans that will accompany him to Lagos on the factory tour.

“All you need to do is post a picture or a hilarious video of how you enjoy drinking Amstel Malta. The best five selection will follow me to Lagos for the tour with all expenses fully paid by me.”

The celebrity’s Instagram page has recorded more post than any other in the last two days. Fans have been sending pictures and short Videos to @Zango hoping they will win and join him on the Amstel Voyage.

Zango says the contest is a way of giving back to his fans that have been part of his success story.

“Everything I am doing is about my fans. I decided to do this because I want to give out something back to the people who made me who I am today. Post a photo or short video and the best five will rock with me in Lagos.” Adam said on his Instagram page.

Mahmood Lawal, a staunch Zango supporter said, “His fans have always been a top-of-mind priority for Zango. This is a great initiative from the actor and I pray that other actors will follow suit.”

Under proposed law, winners of elections being challenged at tribunals won’t be inaugurated – Official