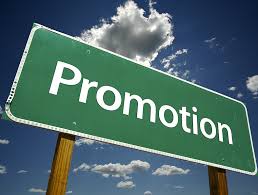 LIFESTYLE: Why You Must Think Twice Before Accepting A Promotion, By Bisi Daniel

It is a great feeling to be promoted. We work hard, fast and pray for it. It comes: with a new position, higher salary, a bigger office, higher status, more respect and more responsibility. Life in the new role looks sweet.

But not all promotions are good fit, and both benefactor and beneficiary should maybe look again at promotion as a reward.

Not all promotions are good for us. Success in the corporate world does not guarantee success as high political office holder; a good local council chairman may not necessarily be a good state governor – a fact which politicians ignore; and as it has been observed severally, in the corporate world, promotion could take people into the level of incompetence.

It happens often in sports. Coaches and players are bought with humongous amounts of money by bigger clubs only to end up as flops.

That is common in sports. Memphis Depay, also known simply as Memphis, is a Dutch professional footballer who plays as a winger for English club Manchester United and the Netherlands national team.

A hot and celebrated player at PSV Eindhoven, he was sought after by bigger clubs. On 12 June 2015, United confirmed his signing for a reported fee of £25 million, on a four-year contract with the option to extend for a further year.

Today, he is described as a flop, at least by his own standards, in the just ended season. And his fate under United’s new coach is uncertain.

Similarly, Rafael “Rafa” Benítez was promoted last season as a coach from Italian club Napoli to one of the world’s top and richest clubs, Real Madrid. Big-money promotion! That was in June 2015, but on January 2016, however, he was dismissed following a 2–2 draw against Valencia, with Real Madrid third in La Liga behind Barcelona and Atletico Madrid. He joined Newcastle United towards the end of the season and showed sparkles of the old Benitez, but it was too late to save the club from relegation.

Both men are victims of a concept called the Peter Principle. Anything that works will be used in progressively more challenging applications until it fails. This is the “generalized Peter principle”. There is much temptation to use what has worked before, even when it may exceed its effective scope.

The Peter Principle is described by Wikipedia as a concept in management theory formulated by Laurence J. Peter in which the selection of a candidate for a position is based on the candidate’s performance in their current role, rather than on abilities relevant to the intended role. Thus, employees only stop being promoted once they can no longer perform effectively, and “managers rise to the level of their incompetence.”

I relate very well to this. As a secondary school teacher years ago, I was rewarded with the promotion to be a Vice Principal in another school in the town. Celebration time! But I couldn’t convince myself I was wired for that career path. Having discovered my gift in writing, I turned the offer down and concentrated on it. A year later, I got a job in one of the top newspapers in Nigeria.

The Peter Principle was first introduced in an article written by Dr. Laurence J. Peter in the January 1967 issue of Esquire magazine. It struck a chord among American office-dwellers. Following the response to the article, Peter, with the help of writer Raymond Hull, wrote the book, “The Peter Principle: Why Things Always Go Wrong.” The Peter Principle uncovers a real flaw in the structure of hierarchies.

A very good example of the Peter Principle is cited Josh Clark. According to him, after Hurricane Katrina struck New Orleans, US, millions of families were stranded or displaced, food and water was scarce, and public safety became an issue of grave concern. The city was in a genuine humanitarian crisis, and many were calling for aid from the Federal Emergency Management Agency (FEMA)

But following Hurricane Katrina, FEMA proved to be sluggish and unresponsive. The agency had trouble coordinating efforts between subordinate agencies, like the Red Cross and state departments, and delivering supplies to families that needed them.
President George W. Bush complimented the head of FEMA, his friend and appointee Michael D. Brown, but to the people in need of help in New Orleans as well as the press, Brown bungled the relief operation. In fact, the U.S. Congress held an investigation into the series of mishaps that made up FEMA’s operations in New Orleans.

It was later revealed why Brown experienced hardship as the head of FEMA: Brown was the victim of a poor promotion. Put simply, he had risen to a job with responsibilities that he couldn’t fulfill. Before his role as FEMA director, Brown served as the commissioner of judges for the International Arabian Horse Association. He excelled in that position, and as such, was promoted by President Bush into a role with greater responsibilities: that of FEMA director.

Brown was widely perceived to have failed in this position. To make matters worse, his incompetence was displayed as publicly as is possible, with the international media focusing their attention on his every misstep. Brown eventually requested to be removed from his position as FEMA director, with his famous question, “Can I quit now?”

Fighting the Peter Principle
For the Employer
• Experts say the best way to address the Peter Principle in an organisation would be to institute a policy of demoting employees — without the stigma of failure — to their most appropriate level of work competence. If an employee isn’t working out in a higher position, allowing him to go back to whatever position he excelled in would avoid the effects of the principle. But the big question is whether the individual’s salary will be cut.

• A way around the money issue may be higher pay without promotions. It has been observed that employees often accept a promotion — not for the power and prestige — but the increased pay attached to it. If companies were willing to offer large pay increases for excellent work within the same position, the Peter Principle would be averted, and the employee could make more money while staying in the position he enjoys and in which he’s competent.

• I have seen this done in a number of places; where people are promoted into nothingness. Peter suggests an incompetent employee could be given a longer title with less responsibility. This way the employee still feels important, but is kept away from the flammable material, so to speak.

• Peter also has what he calls Peter’s Parry, described as perhaps the most important factor in avoiding the Peter Principle. It is to alert employee, one who is aware of the extent of his capabilities. The offer of a promotion is tempting, but the employee must consider the extra responsibilities and jobs that come with it. Of course, the employee can simply turn down a promotion if he feels it’s beyond his capability.

For the Employee
• The good fit promotion is one which involves much of the same skill set with a minimal addition of new skills. If however, the new position would draw you away from your core strengths, then perhaps you should reconsider. According to experts, either way, it’s important to examine whether any new competencies are ones you feel capable of acquiring. If you feel like you’d be a quick learner, then it might be worth rolling the dice. If not, then perhaps you should pass and wait for a more fitting assignment to come along.
• Experts warn that if you’re in line for a promotion, it’s worth thinking about whether it’s something you’ll really be good at. It’s easy to just accept a promotion right away because it gets you further along in the company, but if it’s not a good fit it might end up getting you in more trouble than it’s worth.