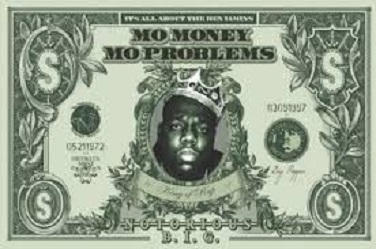 LIFESTYLE: Affluenza: Disease of the Nigerian rich, By Bisi Daniels

We know the poor cry often. We also know that the rich cry. They do. But that is only a small manifestation of the many things they suffer quietly. Rich people all over the world have a common debilitating disease. It is called influenza, and it will be discussed exhaustively here to enhance the understanding of the behaviour of the rich and to know how we relate with them.

Check this out! A man’s wife was very ill and needed to be rushed to the hospital. Short of money, he runs to a rich man in their neighbourhood for financial assistance. After listening to the crying man’s story, he dismissed him with the excuse that he had spent the little he had to spare the day before. He did not even look that the poor man’ in the face, which perhaps could have moved him.

You may also be aware that while many rich men spend lavishly on vanities, they pay little attention to their drivers and house helps. Now, if you are wondering why this happens, it is because, as studies have found out, more money, less empathy or compassion. We will return to this later.

I used to have a great boss, who in absurd situations would say, “Ah, Peter (his name) I have suffered!” Then, I wondered how a director of a big company could be suffering. If he did, then junior staff would be dead.

Last year I behaved like my former boss when I read what is reproduced below: “In December 2013, State District Judge Jean Boyd sentenced a North Texas teenager, Ethan Couch to 10 years probation for drunk driving and killing four pedestrians and injuring 11 after his attorneys successfully argued that the teen suffered from affluenza (though in this case, the lawyer used the term ‘affluenza’ to mean that Couch was unable to understand the consequences of his actions because of his financial privilege) and needed rehabilitation, and not prison.

The defendant was witnessed on surveillance stealing beer from a store, driving with seven passengers in a Ford-350 stolen from his father, speeding (70 MPH in a 40 MPH zone), and had a blood alcohol content of 0.24%, three times the legal limit for an adult in Texas, when he was tested 3 hours after the accident. Traces of Valium were also in his system. G. Dick Miller, a psychologist hired as an expert by the defense, testified in court that the teen was a product of affluenza and was unable to link his bad behavior with consequences due to his parents teaching him that wealth buys privilege.

“The rehabilitation facility near Wichata Falls, Texas, that the teen will be attending will cost roughly $700 a day; however Couch will be paying only a portion of that. At a February 5, 2014 hearing, Eric Boyles, whose wife and daughter were killed in the crash, said “Had he not had money to have the defense there, to also have the experts testify, and also offer to pay for the treatment, I think the results would have been different.”

Chai, I have suffered! But truly, one of the problems of some rich men, certainly not all of them, is that their children are spoilt.

The latest on case is that the teen who used the now infamous “affluenza” defense after killing four people in a drunken driving accident will serve nearly two years in jail, a judge ruled in April.

The ruling came after an hour of arguments about whether a judge in an adult court had the ability to sentence Ethan Couch to serve time in jail for violating a probation imposed on him by a juvenile court in 2015.

So what is affluenza? Affluenza is a combination of the English words “affluence” (which means wealth) and “influenza” (the flu.) The Oxford English Dictionary defines affluenza as “a psychological malaise supposedly affecting wealthy young people, symptoms of which include a lack of motivation, feelings of guilt, and a sense of isolation.” The term became popular in the late 1990s after the publication of The Golden Ghetto: The Psychology of Affluence by Jessie O’Neil.

O’Neill is the granddaughter of a past president of General Motors. Since the book was written, it has also been used to describe a condition in which children — generally from richer families — have a sense of entitlement, are irresponsible, make excuses for poor behaviour, and sometimes dabble in drugs and alcohol, explained Dr. Gary Buffone, a Jacksonville, Florida, psychologist who does family wealth advising.

Lately, affluenza has become an interesting subject worldwide. It exists in Nigeria too. So don’t believe everything you see. For example, wealth is no guarantee for happiness or love, which many rich men cannot get.

Many of us are not likely to see the pains of the rich and powerful. To live up to their status as powerful they hide their pains – loneliness, unhappiness, lack of love, and serious diseases. So you don’t see them, but people like Pastor E.A. Adeboye, who are consulted when situations worsen for the rich, have revealed that some of them do suffer pain of many kinds. And they cry!

Ordinarily, most of the Nigerian rich are curiously greedy, suffering the syndrome of primitive acquisition; they display oppressive impunity; and those who suffer from the sudden-wealth syndrome are too flashy and boastful. What do you expect if a man from the streets finds himself in the state or national assembly to be called an ‘honourable’ with all the money that goes with it? Painfully, many of them are wastefully obsessed with vanity.

However, the rich people who made money from their own sweat and invest heavily for the benefit of the economy and to offer employment tend to be less arrogant with money.

Affluenza naturally breeds socio-economic inequality, but it would seem that the rich rub the pain in. British psychologist Oliver James asserts that there is a correlation between the increasing nature of affluenza and the resulting increase in material inequality: the more unequal a society, the greater the unhappiness of its citizens and insecurity.

Of course, the rich desire to be in a special class, and the more the poor, the more special they feel. But in truth, they suffer. Various studies have pin-pointed some of the pains by experts and writers such as Carolyn Gregoire.Some are cited below.

Many rich Nigerians have no scruples sleeping with other people’s wives. A top rich Abuja politician shocked me recently, when cautioned that a woman he had a crush on was married. He retorted, “And so what? Do you know what it takes for us to do this job?” I hid my face. Shocked.

In the United States, a UC Berkeley found that in San Francisco — where the law requires that cars stop at crosswalks for pedestrians to pass – drivers of luxury cars were four times less likely than those in less expensive vehicles to stop and allow pedestrians the right of way. They were also more likely to cut off other drivers.

Another study suggested that merely thinking about money could lead to unethical behavior. Many rich men are liars. Research from Harvard and the University of Utah found that study participants were more likely to lie or behave immorally after being exposed to money-related words.

But it’s not just adolescents: Even in adulthood, the rich out-drink by more than 27 percent.

Money itself is addictive.

It has been observed that the more money people have the more of it they want. Sometimes, as in many parts of the third world, greed sets in and spirals high away. The pursuit of wealth itself becomes a compulsive behavior. As Psychologist Dr. Tian Dayton explained, a compulsive need to acquire money is often considered part of a class of behaviours known as process addictions, or “behavioral addictions,” which are distinct from substance abuse.

While a process addiction is not a chemical addiction, it does involve compulsive behaviour.

Wealthy children may be more troubled.

Children growing up in wealthy families may seem to have it all, but having it all may come at a high cost. Wealthier children tend to be more distressed than lower-income kids, and are at high risk for anxiety, depression, substance abuse, eating disorders, cheating and stealing. Research has found high instances of binge-drinking and marijuana use among the children of high-income, two-parent, white families.

We tend to perceive the wealthy as “evil.”

On the other side of the spectrum, lower-income individuals are likely to judge and stereotype those who are wealthier than themselves, often judging the wealthy as being “cold.”

In Nigeria, there is the tendency to think many wealthy people as those who made their money through dubious means and rituals.

We tend to seek money and power in our pursuit of success (and who doesn’t want to be successful, after all?), but it may be getting in the way of the things that really matter: Happiness and love.

There is no direct correlation between income and happiness. After a certain level of income that can take care of basic needs and relieve strain (some say $50,000 a year, some say $75,000), wealth makes hardly any difference to overall well-being and happiness and, if anything, only harms well-being: Extremely affluent people actually suffer from higher rates of depression. Some data has suggested money itself doesn’t lead to dissatisfaction — instead, it’s the ceaseless striving for wealth and material possessions that may lead to unhappiness. Materialistic values have even been linked with lower relationship satisfaction.