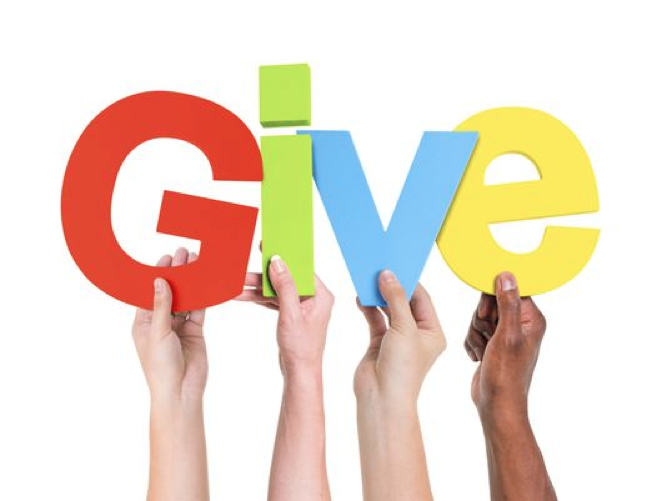 In continuation of last week’s piece on how giving makes us happy, rich and healthy, we cite more interesting real life examples and provide more scientific evidence of the benefits of giving. We start with an example from Pastor E.A. Adeboye (Daddy G.O.), leader of the Redeemed Christian Church of God.

Pastor Adeboye: “I was planning to buy a panel van, the type known as Shalanke in those days. It was not because my income then could not afford a Toyota car. It was by choice. But there was this young man who had just bought a brand new Peugeot 504. As he was rejoicing at having been able to buy a car at long last, God spoke and said him, ‘Go and give the car to Pastor Adeboye.’

“I wish I knew what went on in his mind at that point, but he obeyed. Thank God for those who obey Him. He came to me and I noticed his countenance. It showed that he had been touched by God.

Today, that same man I know has at least three houses in Lagos. I have dedicated one house for him in London and I know one or two other houses that I didn’t have time to go and dedicate. And he probably has about three or four cars of his own, not to mention those for his wife and children. All that happened in a short span of time.

I have said this one thing many times before – anytime God wants to give you something, He asks you to give to Him first.”

The experience of the late Oral Roberts Oral founder of Oral Roberts University is another confirmation of the power of giving. In 1946, he accepted a pastorate in Enid, Oklahoma, to enable him continue his university education.

According to his account, usually when someone accepted a pastorate, they were provided with a personage or another place to live, but he was not given. Without money of his own to rent or buy a house, he was stranded after preaching on the first Sunday morning.

Finally a member of the church asked Oral’s family to stay a few days with them in their two-bedroom house. Weeks after, the benefactor was being transferred and the beneficiaries were about to end up in the street.

When they survived that they resorted to cultivation crops to sell to pay their bills, buy new clothes, etc. But the practice of sowing and harvesting crops gave oral a fresh idea of giving. “Enthusiasm of giving burst out within me” and he saw giving not as a debt but as a seed.

One day when about $100 came in, he had a leading to sow it as a seed in the church, but his wife was livid over that poor investment choice, when they had a long list of needs to worry about. He went ahead all the same.

But a miracle happened that day. Late in the night, he heard a knock on his door he wasn’t sure about. When he opened the door eventually, he was handed an envelope by a stranger who introduced himself as a farmer. Ownership of his farm was been threatened and he had been led by divine intervention to bring the contents of the envelope to Oral not as a gift or tithe, but a seed. The envelope contained seven times the amount Oral had sown earlier that day.

It was a mutually beneficial exercise – the man Art Newfield had his farm back and went on to be a prosperous farmer, while Oral, Roberts resigned his pastoral ministry with the Pentecostal Holiness Church during 1947 to found Oral Roberts Evangelistic.

In addition to the facts that giving makes us happy and healthy, Jason Marsh and Jill Suttie, referenced last week, and other experts also cited the following advantages of giving.

Cooperation and social connection: When you give, you’re more likely to get back: Several studies, including work by sociologists Brent Simpson and Robb Wilier, have suggested that when you give to others, your generosity is likely to be rewarded by others down the line—sometimes by the person you gave to, sometimes by someone else.

These exchanges promote a sense of trust and cooperation that strengthens our ties to others—and research has shown that having positive social interactions is central to good mental and physical health. As researcher John Cacioppo writes in his book Loneliness: Human Nature and the Need for Social Connection, “The more extensive the reciprocal altruism born of social connection… the greater the advance toward health, wealth, and happiness.”

What’s more, when we give to others, we don’t only make them feel closer to us; we also feel closer to them. “Being kind and generous leads you to perceive others more positively and more charitably,” writes Lyubomirsky in her book The How of Happiness, and this “fosters a heightened sense of interdependence and cooperation in your social community.”

Evoking gratitude: Whether you’re on the giving or receiving end of a gift, that gift can elicit feelings of gratitude—it can be a way of expressing gratitude or instilling gratitude in the recipient. And research has found that gratitude is integral to happiness, health, and social bonds.

Robert Emmons and Michael McCullough, co-directors of the Research Project on Gratitude and Thankfulness, found that teaching college students to “count their blessings” and cultivate gratitude caused them to exercise more, be more optimistic, and feel better about their lives overall. A recent study led by Nathaniel Lambert at Florida State University found that expressing gratitude to a close friend or romantic partner strengthens our sense of connection to that person.

Barbara Fredrickson, a pioneering happiness researcher, suggests that cultivating gratitude in everyday life is one of the keys to increasing personal happiness. “When you express your gratitude in words or actions, you not only boost your own positivity but [other people’s] as well,” she writes in her book Positivity. “And in the process you reinforce their kindness and strengthen your bond to one another.”

Giving is contagious: When we give, we don’t only help the immediate recipient of our gift. We also spur a ripple effect of generosity through our community.

A study by James Fowler of the University of California, San Diego, and Nicholas Christakis of Harvard, published in the Proceedings of the National Academy of Science, shows that when one person behaves generously, it inspires observers to behave generously later, toward different people. In fact, the researchers found that altruism could spread by three degrees—from person to person to person to person. “As a result,” they write, “each person in a network can influence dozens or even hundreds of people, some of whom he or she does not know and has not met.”

Giving has also been linked to the release of oxytocin, a hormone (also released during sex and breast feeding) that induces feelings of warmth, euphoria, and connection to others. In laboratory studies, Paul Zak, the director of the Centre for Neuroeconomics Studies at Claremont Graduate University, has found that a dose of oxytocin will cause people to give more generously and to feel more empathy towards others, with “symptoms” lasting up to two hours.

And those people on an “oxytocin high” can potentially jumpstart a “virtuous circle, where one person’s generous behavior triggers another’s,” says Zak.

So whether you buy gifts, volunteer your time, or donate money to charity, your giving is much more than just a one-off choice. It may help you build stronger social connections and even jumpstart a cascade of generosity through your community. And don’t be surprised if you find yourself benefiting from a big dose of happiness in the process.