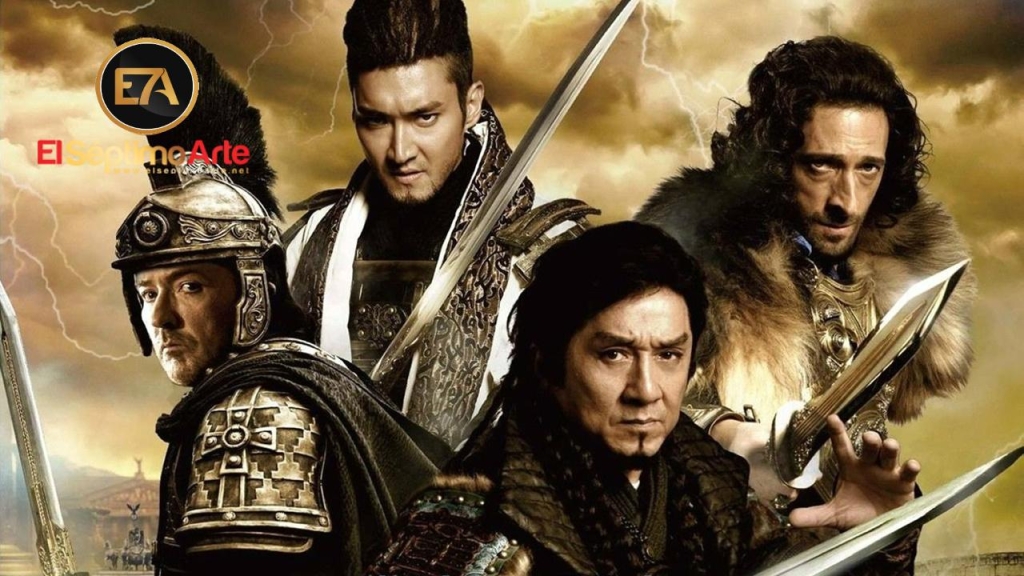 Mr. Chan, who is also a martial artist, film director, producer, stuntman, and singer, will be performing his mesmerizing skills while telling stories across cinemas in Nigeria.

He will be performing one of his finest works,”Dragon Blade” in which the likes of Golden Globe Winner (John Cusack), Academy Award Winner (Adrien Brody) featured.

The movie “Dragon Blade” is worth $65million dollar.

The movie tells the story of HuoAn (Jackie Chan) a Hun, serving as the captain of the Protection Squad Silk Road.

A Roman general named Lucius (John Cusack) flees to the East with his legion and Publius (Jozef Waite), heir of the ruling Roman Consul, to escape from the corrupt Emperor Tiberius (Adrien Brody), who plans to kill Publius and usurp the throne.

They met HuoAn at a frontier fort on the Silk Road, where they receive sanctuary.

Tiberius and his army, who pursued Lucius along the Silk Road, approached the fort with intention of killing Publius and ambitions of capturing and controlling the Silk Road. HuoAn decides to help Lucius, and goes to his allies to recruit an army to fight against Tiberius.

HuoAn arrives with reinforcements, and an epic battle like never seen before, begins.

Side attraction for those who will get to watch the movie is an authentic Dragon Blade poster autographed by Jackie Chan himself alongside other fantastic prizes for those who buy tickets.