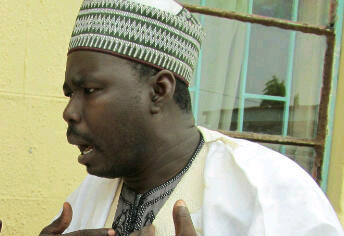 Some Kannywood producers and promoters have blamed the recent decline in the number of movies released by the industry on piracy.

A producer and actor, Wassh Waziri, said although measures are being taken to curtail the menace of piracy, the menace was still on-going at an alarming rate.

“Let me tell you, the rate of piracy now is the reason for the low release of films in the Kannywood industry,” Mr. Waziri told PREMIUM TIMES. “Producers do not get back their monies after they release the films in the market because of piracy. Some bad people will take the film and multiply it to millions of copies and sell without the maker reaping what he sows.”

Mr. Waziri accused some marketers of encouraging piracy in the industry.

“While some marketers encourage piracy some directly participate in it,” he said. “They will collect copies of your movies for sell and subsequently they will print many more and sell at your expense. Whenever the filmmaker returns to collect his payment they would keep telling him that his film is not selling while it is all over the market and in homes.

“As a film maker, I have reported many cases to the police and we have made some arrests especially on films I produce,” he said.

Mr. Wassh said only a concerted effort by all those involved can save the industry from the menace of piracy.

“I want to tell you that not until the entire players in the industry come together including marketers, producers, distributors, and even actors and we all review the process, make some stiff sanctions irrespective of any participant, this problem will surely cripple the industry,” he said.

“Producers like Prince Zango Productions Ltd have been trying to create a way to minimize losses due to piracy. They will enter into agreement with marketers and supply an agreed number of copies to them so if even the copies are duplicated at least (the filmmakers) have reduced their loss.”

Mr. Waziri called on the leadership of the Arewa Film Association and other regulators of the industry to take up the issue as it is getting out of hand.

“The cinema method will help the industry,” Mr. Idoko said. “If you know that you have to watch the film in a cinema or at a registered viewing centre before it gets released to the market at least the producer will realize some tangible returns before (the movie is pirated.)”

Hassana Dalhat, a Kannywood film promoter and marketer, said, “Now that marketers are involved in piracy, where are producers going to go. All they need is a copy of the first release and they will duplicate as much as they can,” she said.

“We caught a seller (of pirated movies) roaming about in the Central Market in Kaduna. When we questioned him, he said he got the movies from his oga. We arrested the person who gave him the pirated copies. The issue has really gone bad and as you can see you hardly see new films coming out at the moment.”

Umar Mohammed, a senior member of the Hausa film industry regulatory committee in Kano, said they are reviewing the regulations governing the conduct of marketers, distributors and retailers.

“If we keep quiet on this issue, the industry will just die like that,” he said. “People are not fair to producers. We will not sit and wait until when everybody runs out of business in the industry.”

He called on film makers to also improve on the quality of their films in terms of script, editing and distribution style.