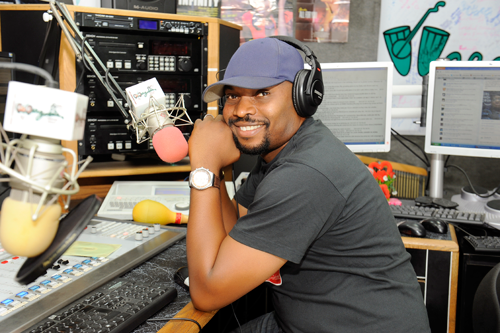 The play was preluded by musical performances by upcoming acts, Ben7 and Ransome, and comedy by Kenny Black and Bow Leg.

The duo also recreated the “jumping the fence” by the National Assembly members, the President Muhammadu Buhari certificate saga, the Floyd Mayweather and Manny Pacquiao bout, the missing Chibok girls, missing ‘$20 billion’ and the Oba of Lagos ‘Lagoon saga’.

The play closed with a ‘Change’ appeal to the audience.

Blast from the past

The event also featured performances by stars from the past such as Daddy Fresh, Azadus, Jazzman Olofin, Olu Maintain, African China and Danfo Drivers.