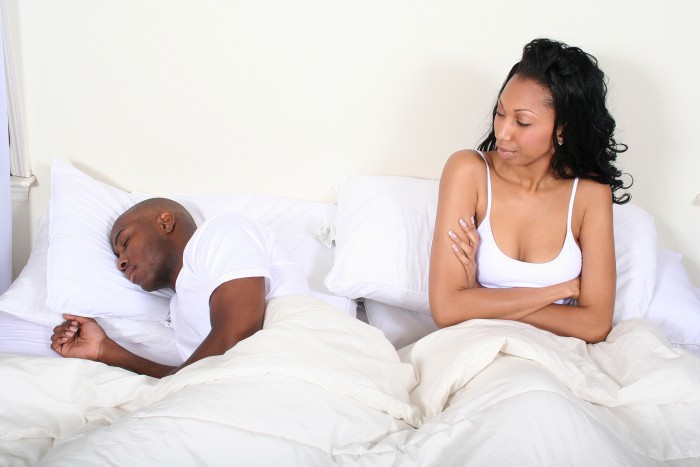 Last week, I did something on the seven ways to know when your boyfriend is no longer interested in the relationship. This time, it’s the other way round. I know the guys are a little interested in this one because they always complain of how confusing women can be sometimes.

Now, ours is always with a little twist due to being naturally compassionate beings. We are not as wily as the guys who try to frustrate the girl to leave. We will probably even ask for the breakup earlier than you know it. That’s because most women act according to how they feel in their hearts and not in their head. The guys do the total opposite.

Let’s play a little game, as you read, tick the ones you are familiar with.

1. She avoids you: This is usually one of the very first signs that she is not as available as she used to be anymore. When you ask to hang out with her, its one excuse or the other. Maybe she is just looking for a way to boot you out.

2. She ignores your calls and messages: First, she does not want to see you very often and now it is a chore to pick up your calls. Remember when you started dating and she practically picks up your call before it even rings. This time, it’s the other way round. It could ring for a long time and when you ask her she would probably say, “I did not see your missed call” or “I was busy” etc. Guys, when this happens often, it’s a sign.

3. She starts talking to new guys: Not all guys will notice this, but if you are vigilant, you will notice she will start giving some guys more attention than before. The truth is, she can even tell you herself. While telling you, she will make it look like they are just friends. Don’t get me wrong, in some cases, they probably are but sometimes, she might not want to sugar-coat it. When she starts hanging out with this particular male friend a lot, watch it!

4. She starts asking certain questions: In her mind, she wants out and expects you to read in-between lines. She starts to ask you questions like “Baby, what if we don’t end up together”, “if we don’t end up together, I will date an older guy, I think they can be more understanding” etc. This way, she is probably not thinking of you in her future. So, kindly pack your bags and leave her life.

5. She starts to collect gifts from the toasters: Now, she is ignoring your calls, messages and talking to new guys, you start to see her with new gifts. On a normal day, you know she will not have collected gifts from another guy in a million years. She is saying they are just friendly gifts. Something might be cooking up there.

6. She gets upset at everything you do: She starts a quarrel over the smallest things. That is because she is done with you.

7. She could care less about what you do: You can complain about her, tell her how much you love her from morning till night. It won’t change anything because she really can’t be bothered.

Remember, I said you should tick the points you are familiar with in your relationship. If you tick five out of the seven, Congratulations, you are about to get dumped.