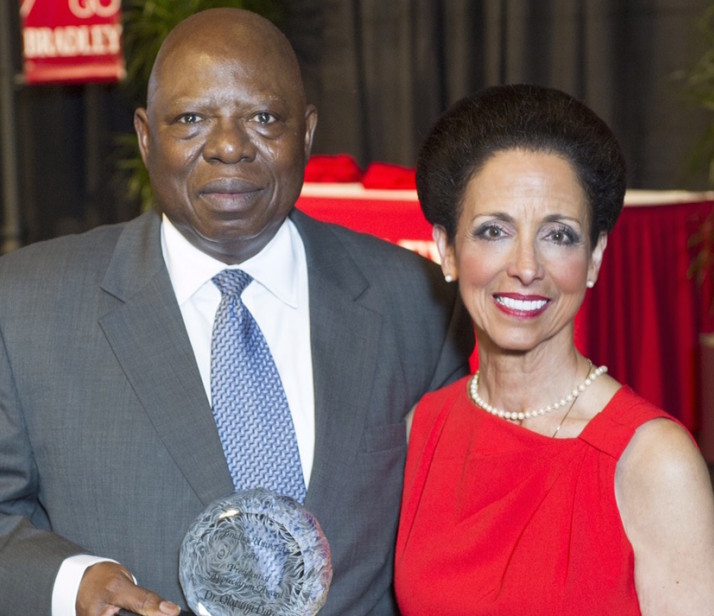 Bradley University President Joanne K. Glasser said the appointment was in recognition of Mr. Dare’s many years of outstanding service.

“This institution is better for what you have contributed through your talents, energy and dedication,” Ms. Glasser said.

He was honoured last July at his 70th birthday in Lagos by colleagues, former students and admirers with a festschrift entitled, Public Intellectuals, the Public Sphere and the Public Spirit: Essays in Honour of Olatunji Dare, edited by Wale Adebanwi of the University of California-Davis, USA.

In her letter informing him of the honour, Bradley University President, Ms Glasser said she hoped in retirement Mr. Dare would remain in close contact with the university and participate in its affairs wherever and whenever possible.

Professor Dare, an editorial adviser of The NATION since its inception, taught journalism and international communication at Bradley for 19 years until his retirement last week. Before then, he taught at the University of Lagos.

At Bradley, he won awards for excellence in teaching and research, and was a recipient of the President’s Award for meritorious service.

Before he was forced to flee to the United States in 1996 under General Sani Abacha, Mr. Dare served as Chair of the Editorial Board and Editorial Page Editor for The Guardian, in addition to writing a weekly column widely appreciated for its wit, depth, and felicity of language.

Mr. Dare, who is one of Nigeria’s most accomplished editorialists, was awarded the Louis Lyons Prize for Conscience and Integrity in Journalism by the Harvard University-based Nieman Foundation, and the Hellmann-Hammett Grant for courage in the face of political persecution, presented by Human Rights Watch.

Mr. Dare holds a BSc (First Class Honours) from the University of Lagos, the MSJ from Columbia University, New York, where he won the Robert Curry Prize in editorial writing, and a Ph.D. in communication research from Indiana University, specializing in International Communication and in Public Policy.

His highly regarded column, “At Home Abroad” appears in The NATION on Tuesdays.

House of Reps’ Speakership: Tinubu has no hand in my ambition — Gbajabiamila