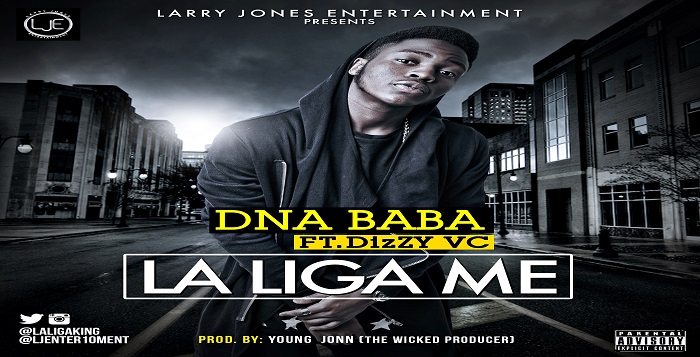 Budding rap artiste, Adeyemi ‘DNA Baba’ Ayomide, has said that he is more of a storyteller than a rhyme or metaphor rapper.

He said this in an interview with PREMIUM TIMES at the media launch of his music career in Lagos.

The Ibadan-born rapper who also released the video of his new single, ‘La Liga’, said he decided to return to Nigeria to pursue his music career following the acceptance his music in the UK as a student at the University of Sunderland.

“I’m a storyteller rapper and a punch liner as well. When you listen to my songs, even from the title, you get the message just like in ‘la liga’ you get the point right from the beginning,” he said. “ La Liga, a Spanish word which means ‘the league’ talks about how people don’t let you play in their league because you are not made but once you are made, they want you”.

“No place like home. I have been doing greatly out there in the UK, but what’s the point if I don’t get my music to my people? I’m a Nigerian, so I am returning to let our people feel and enjoy my music. I would say my music is well accepted within the Nigerian community in the UK, that’s why I’m back at home,” he told this newspaper.

Signed to Larry Jones entertainment, he explained the choice of his stage name, DNA Baba, is synonymous with genetics and simply means he’s got the rap game in him.

“DNA is not an acronym, it’s the genetic DNA and what I’m saying with the name is that this me. The baba naturally added up naturally”.

DNA who started rapping in secondary school in Ibadan said he decided to take a career in music following the encouragement he received from friends, students and neighbours.

“Between my high school and my graduation from university, a lot of this happen, you meet people that encourage you, people that discourage you, so I check the balance and I asked, do I want to do music or not? I found out I wanted to do it and I kept on pushing and I met people and basically that’s my journey into music,” DNA said.

The first male child of a family of four who holds a B.A honours, Management Information System, asked rap fans to disregard insinuations about the difference between indigenous and English rappers in Nigeria, saying music is a universal language.

“I think music at the end of the day is about passing a message and if you sing or rap or talk or fight in your language, as long as the person you are passing the message to understands. I don’t have a problem with rapping in Yoruba or any language. I personally rap in English, Yoruba and pidgin,” he said.

Watch the video of ‘La Liga’