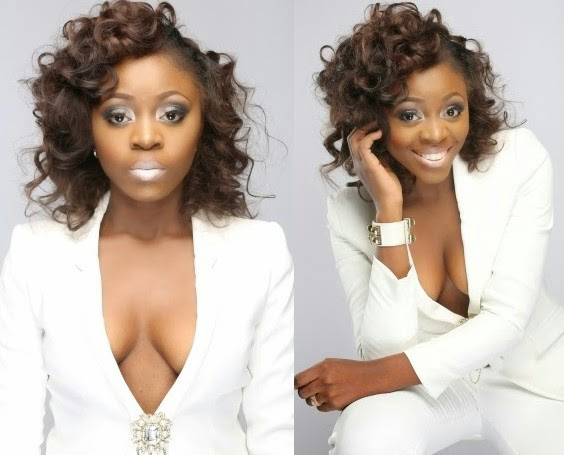 Nigerian Pop/ R&B singer, Toby Grey, born Tobiloba Adeyemi in this interview with PREMIUM TIMES talks about her budding music career and why she did a Gboju, a cover of Kiss Daniel’s hit single, Woju.

The 20-year old final year student of the University of Lagos, who is also a song writer, discovered her talent at the age of 16.

She recently released the video to her latest single, Gbona, which was shot in New York.

PT: What led you to music?

Toby Grey: From my childhood, I have been a fan of music but not in the real sense of singing, more like dancing, entertaining, making people laugh – I’m not a comedian any way, but that was the beginning. I joined the choir in 2011, while in school, during my pre-degree in Obafemi Awolowo University, OAU.

PT: Why did you cover Kiss Daniel’s Woju?

Toby Grey: It wasn’t something I intended. I was just sitting with my producer and we came across the song. I decided to do something on it. I was surprised by the response because it wasn’t something planned. If I had planned it, I would have been expecting so much like massive response but I didn’t expect it. The fact that response was huge came to me as a surprise. I said wow, people actually love and accept it because sometimes most people drop covers but they are not recognized, so I’m glad Gboju did.

PT: Now you are out with your own songs, Gbona and Gbalowo e​, what inspired the songs?

Toby Grey: Gbona is a love song, and I dropped it on Valentine’s Day, for lovers and it’s still trending. I dropped it for all the ‘boos’ all around the world because everyone is my boo. ‘Gbalowo e’ was produced by Antras. I featured Razor, an upcoming artiste
​,​ and we shot the video at Music Africa Studio, Surulere. Mo’fame Works directed it.

PT: How did you spend your last Valentine?

Toby Grey: I was on a flight all day. I was on my way to New York. The air hostesses were the only ones who wished me “Happy Val’s Day.”

PT: You are new in the industry; how are you finding your feet?

Toby Grey: I won’t say I’m new in the industry, I would say I’m new on the scene because I have been doing music from 2011. I know it’s not a long time compared to other people, but it’s also not a short while. I give kudos to my manager, my mum, who is like my backbone, my family basically.

PT: What is the next step for you?

Toby Grey: Definitely expand the Toby Grey horizon; crossing borders, that’s why my name is Grey. Also, shooting more videos and singles. I’m working with many other acts like, Tuface- that’s the legend. I’m hoping I will soon get to work with Nneka and Waje. My imagination is very wild, trust me. International tours, performing at bigger shows and maybe performing on another planet.