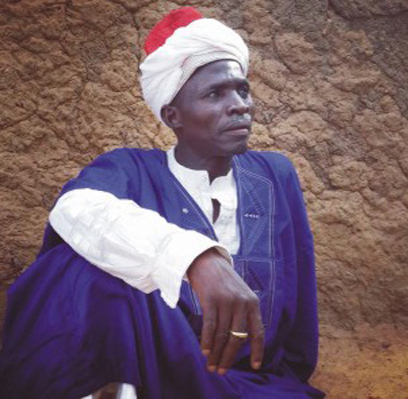 Kannywood’s celebrated comedian, Rabilu Musa, aka ‘Dan Ibro’ who died in the early hours of Wednesday has been buried according to Islamic rites in Kano.

Dan Ibro passed away after suffering from a kidney disease.

One of his colleagues, Falalu Dorayi, said the Kannywood industry will never have one like Ibro.

“Ibro is a special kind of actor, I don’t think Kannywood would have his kind again,” Mr. Dorayi said.

Many of us who have worked with him will miss his hilarious and comical acting skills that no other actor at the moment can portray.”

Dorayi also said Ibro had been having health issues for the past fifteen days.

“Earlier he was diagnosed of suffering from kidney disease and he was taken to India for treatment. After he came back, he seemed to get well and just recently he got too sick. Today, we heard the news of his death,” Dorayi said.

He prayed for the repose of the soul of the late Kannywood legend.

Usman Uzee another producer of the late actor, said he will always remember the star.

“I featured him alongside Nkem Owoh – ‘Ukwa’ in my movie – Maja ‘Oga Abuja’ alongside John Okafor, Hassana da Hussaina also featuring Patience Uzokwu. I really know that his skills and talent can never be measured. We will miss him in the Kannywood industry,” Uzee said.

Dan Ibro is believed to have acted in more movies than any present Kannywood actor.

Popular among his movies are Oga Abuja, Maja, Doctor Ebola, Hassana da Hussaina, Wuta Sallau and many others.

He died at the age 44, leaving behind three wives and 15 children.