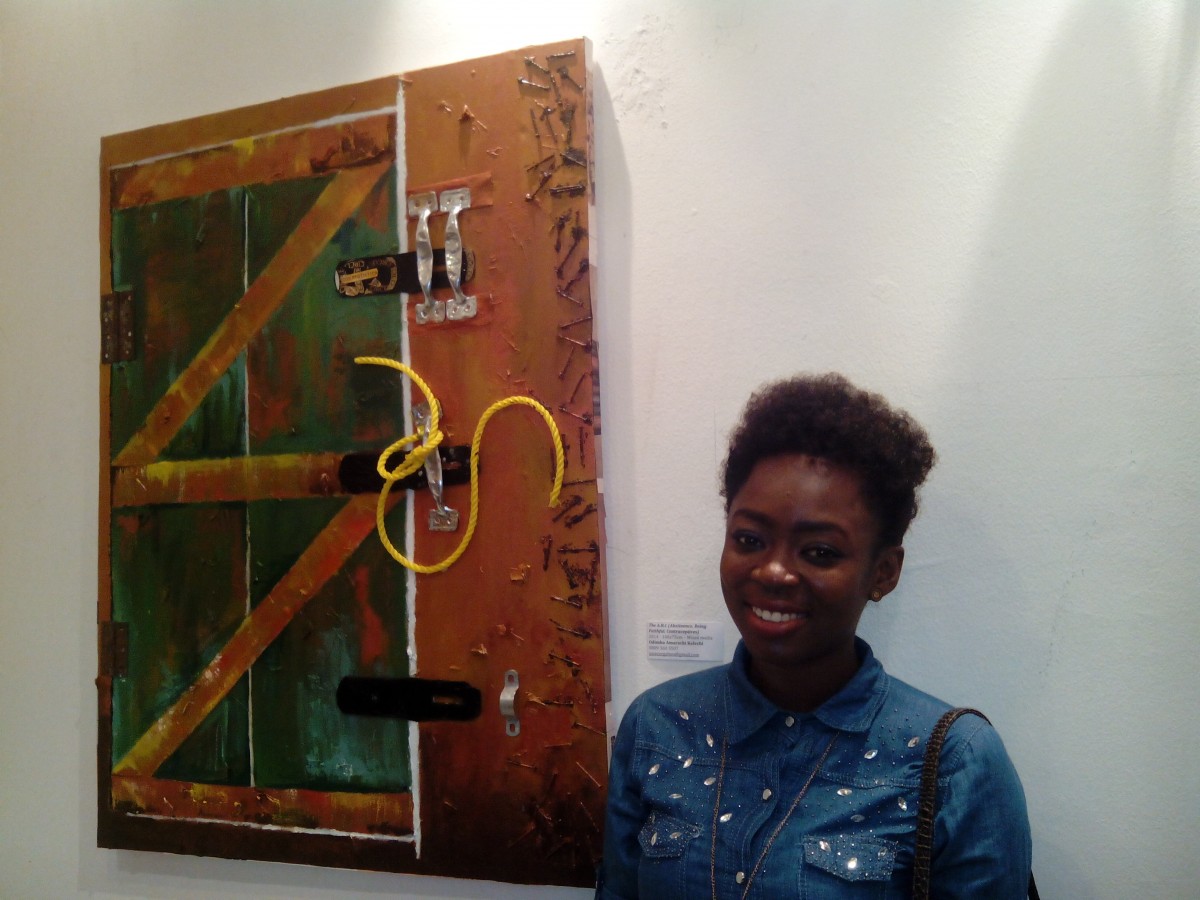 Amarachi Odimgba beside her entry, The A.B.C (Abstinence, Being Faithful and Contraceptives).

Life in My City Festival holds in Abuja

The Abuja edition of the Life In My City Art Festival held on Wednesday at the Thought Pyramid, Wuse 2.

According to the Executive Director of the festival, Kevin Ejiofor, the event is an annual pan-Nigerian competition, open to young people under 35 years who have lived in Nigeria for five years.

“The whole idea is to discover young talents, to encourage people to study art by exposing their work and to encourage interest generally in Art because our country is far too directed towards Naira and money and politics. The social software of a human being is ignored in this country: art, entertainment, sports,” Mr. Ejiofor said.

Entries open in January in 11 cities called zones, including Abuja, Enugu, Lagos, Jos, Kaduna, Ibadan, Port Harcourt, Calabar, Uyo, Auchi. Ten artworks are eventually selected from each zone and taken to Enugu for the grand finale which is usually held in October, Mr. Ejiofor explained. They are selected according to four categories: Painting/Drawing/Mixed Media, Sculpture/Installation/Ceramics, Photography/Multimedia and Graphics/Textile.

At the Abuja exhibition, twenty artworks were on display from an initial 35 entries. They ranged from paintings to photographs and were based on this year’s theme: Less is More.

Peter Osotule, a Public Administration student at the University of Abuja, said if he wins, he plans to use the money to open his own studio. 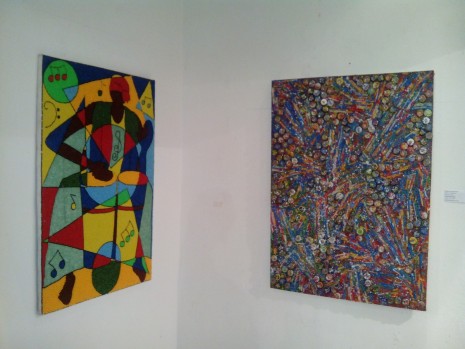 “What I am studying right now is what my parents wish me to; it’s not what I really wanted to. When I finish school I will focus on my art skills because every time I see myself improving. This level I am right now wasn’t where I was years back,” he said.

Oguniyi Yusuf, who studied Fine and Applied Arts and now owns his own studio at the Art Crafts village in Central Area, said he took part in the competition to showcase himself to the world. His entry tilted Sense in Nonsense was made out of bottle tops and straws on canvas.

Also making use of unusual materials for art was Amarachi Odimgba with her entry, The A.B.C. (Abstinence, Being Faithful, Contraceptives), a collage of painting, bolts, nails and twine. Having studied Geology and Mining at the Enugu State University of Technology, she considers herself an environmental artist. 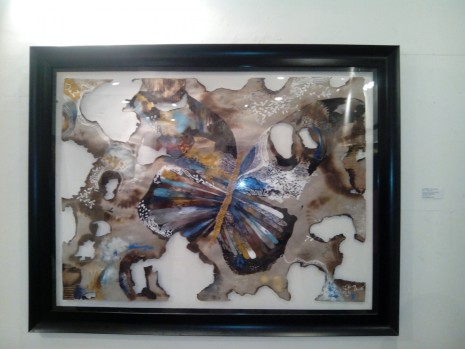 “My work is mixed media. I try to incorporate a lot of things I find around myself, repurpose things,” she explains. “Looking at my work, I’m trying to interpret what goes on in the society.  At times people tend to forget the ABC of sex. If you having sex you have to be faithful and if you are not being faithful, you have to use a condom.”

The Life in My City festival which was founded by Robert Oji in 2007 is hosted annually in partnership with the Alliance Francaise Nigeria with Diamond Bank as one of its sponsors.