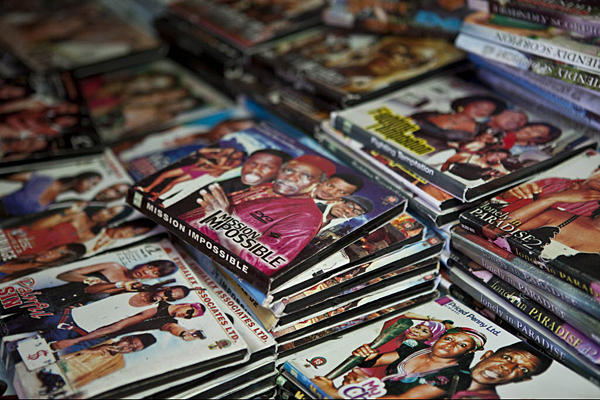 “You make a film today; next week you will see it in the compilation of 20 films, selling at N100.

The President of the Association of Movie Producers, Zik Okafor, on Saturday said that the growing rate of piracy was giving Nollywood producers a lot of concern.

Mr. Okafor told the News Agency of Nigeria in Lagos that piracy was killing the industry and needed to be tackled with more vigour.

“Piracy is killing Nollywood. You make a film today; next week you will see it in the compilation of 20 films, selling at N100.

“How can you recoup your investment? How can you survive in such an environment? It is a major issue for Nollywood,’’ he said.

Mr. Okafor said there was the need for the Federal Government to strengthen the Nigerian Copyright Commission (NCC) in the fight against piracy.

“The primary duty of fighting piracy rests with the copyright commission. Unfortunately, government has not empowered them well enough to be able to fight it.

“To fight piracy, you must be formidable and you have to have the wherewithal,’’ he said.

According to the producer, the NCC has manpower challenges and needs more resources to be able to make significant impact in the fight against piracy in the industry.

Mr. Okafor said that the Alaba International Market was a place where pirated works flourished and the NCC should be provided with adequate security support to carry out regular raids in the area.

“There is need for government to mobilise and raid that place, that place is a land of sin,” he said.

The truth about ASUP, COEASU strikes, By Simeon Nwakaudu