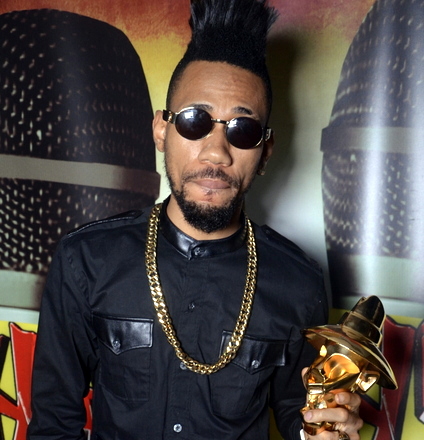 Nigerian songs and videos were released between February 15 and 21.

Rappers Olamide, Phyno, and Iceprince were among the major stars who released musical works this week.

Chocolate City artiste, Ice Prince, dropped his music video for his song, Jambo; the first one in 2014 from his critically acclaimed sophomore album, Fire Of Zamani, released in 2013. Shot in South Africa and directed by Sesan, Jambo features celebrities such as label-mate Victoria Kimani, Chopstix (who also produced the song), Wizkid, Da L.E.S & Lola Rae.

Grafton Records act, Mr. 2Kay, released the video for ‘Don’t Leave Me’ featuring Xcellente and Doray. The video which was directed by Adasa Cookey of Squareball Films features appearances by comedians, Seyi Law and Funny Bone, and also boasts of a good story line.

Rapper, Cynthia Morgan, tells a beautiful romantic story in the Clarence Peters-directed video for her 2013 single ‘Don’t Break My Heart’.

In celebration and recognition of the African Heroes fallen and Black History Month, Chocolate City presented MI Abaga’s Superhuman feat. HHP, off the rapper’s Illegal Music 2 mixtape. The video recalls the timeless message of struggle for liberation and freedom.

MI Abaga has spent the last few months writing and producing music, and will be releasing his third studio album this year.

Uptown Music Group and 606 presents the official remix of Show Me Yuh Rozay by Ketch up; featuring Olamide, Phyno, and producer, EmmyACE, on the hook.

Saeon’s Boogie Down features Wizkid and is produced by Maleek Berry.