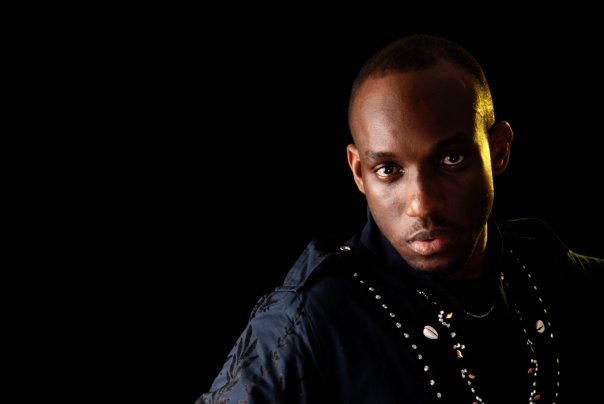 INTERVIEW: Why it took me so long to release my third album – Obiwon

Obiwon is known for his hit song Obi Mu O

With the hit song, Obi Mu O, and what seemed like an ascending R&B career, it came as a surprise to many when Obiwon, announced a switch to gospel music.

Some had thought that the singer/rapper would fill the existing gap in the R&B genre in the Nigerian music industry.

In this interview with PREMIUM TIMES the crossover artiste discloses why it took him so long to release his third studio album. He also speaks on his life as a gospel singer.

PT: Your debut album, Overture, was quite successful, then suddenly, you disappeared from the radar even after you were crowned voice of the decade at the Nigerian Music Awards. What really happened?

Obiwon: Changes. I discovered the celebrity lifestyle and the apparent “grandeurs” of fame, you know the “rock star” lifestyle, all up in my face to delve and indulge in. However this lifestyle began to make me ponder more about life in general, my purpose and how I should live my life and how I would end up. Looking at the lives of my favourite musical icons at the time, didn’t help matters. They mostly had terrible endings. So I began to look back into the faith I was brought up in. I questioned it and ended up discovering and encountering true life and living; that life that Christ taught and the one he alone gives. In essence, I became a born again Christian and my priorities changed.

PT: It came as a surprise to a lot of people when you announced you were taking to gospel music, what shaped that decision?

Obiwon: As I already mentioned, the epiphany I had changed me completely, made me discover what I was made for and what my particular talent is all about. It all became clearer to me the more I grew in the faith and the life I found, but it certainly wasn’t an easy decision.

PT: You released a post-pop R&B album, The Rebirth; how successful was it? And how are you finding the gospel music terrain?

Obiwon: (Smiles) I have never heard the title “post-pop R&B” before. It was a gospel album and my first in the genre, with one or two love/inspirational songs in it. However the love song Obi Mu O dedicated to the lady of my life, my wife, became a big hit and mostly eclipsed the other songs.

It’s not very easy at all convincing the Christian community, especially after you’ve already been known as a “pop star”. That’s understandable. However the tide is now turning swiftly. It’s getting to about six years since my initial switch and my convictions are way stronger than when I started.

PT: Late 2013, you released a new single, Testify, an up tempo praise song which ushered in your third album, Gold Water. Why the long wait?

Obiwon: In the calling I’m in, there is a season of waiting, preparation and fine tuning if you’re truly called. God doesn’t like to put new wine in old wine skin. I did release a couple of singles between 2010 and 2012. I doubt if the revelation that is Gold Water, and the experience contained therein, would have been, if I had pushed and impatiently released an album before this time, on my own terms.

PT: The new album hasn’t received much publicity and reviews despite an album concert, what are you doing to push the album in 2014?

Obiwon: Like you said it’s new, we’re getting there and this interview also serves the purpose. The concert was mid-November and we’re just fresh out of the Christmas celebrations. It’s strange already releasing an album first then promoting it, but my team and I are on the table. Also in recent history, albums in the gospel genre don’t get as much attention in the public arena or have many promoting platforms within our territory; attention usually comes to works in the genre after some grassroots impact has been made. So we’re pushing and getting there and we also believe we’ll break some of the stereotypes too along the way.

PT: You won the Best Crossover Artiste at the National Gospel Awards, how do you feel about the awards?

Obiwon: You can see that many people are coming out trying to make serious changes and impact in the gospel genre, with awards and so on, and that I appreciate. It was strange being labeled a crossover act after five years of going into the gospel genre but I’m very glad for the recognition and acceptance.

PT: Pop/rap artistes have taken up social media as a form of promoting their musical works, why are the gospel acts not following this path?

Obiwon: I am all up in the social media space. I know a few gospel acts that are too and I’m hoping many more will step up. However, you must note that gospel acts must be guided by the gospel they preach and won’t be involved in every promotion “strategy” on social media that’s out there. I’m also using this opportunity to appeal to the blogs to give more support to many great musicians in the gospel genre out there, both upcoming and known.

PT: Some gospel artistes, recently, have been surrounded in controversies, based on the way they live out their public, how have you been able to stay away from such?

Obiwon: Controversy is of three ways, self inflicted, inflicted by unfortunate circumstances or engineered by mischief makers to cause trouble. Even as you strive to keep clear of the first, it is clearly by the grace of God one steers clear of the other two. Therefore, it is also pertinent to look deeply into the cause of any controversy anyone is having, before judging that person. The Christian life seeks daily for more of God’s grace.

PT: You left your bank job for music; aside music, what other thing do you do as a source of income?

Facebook, Nigerian Presidency, and the Freedom Of Speech, By Adeolu Ademoyo