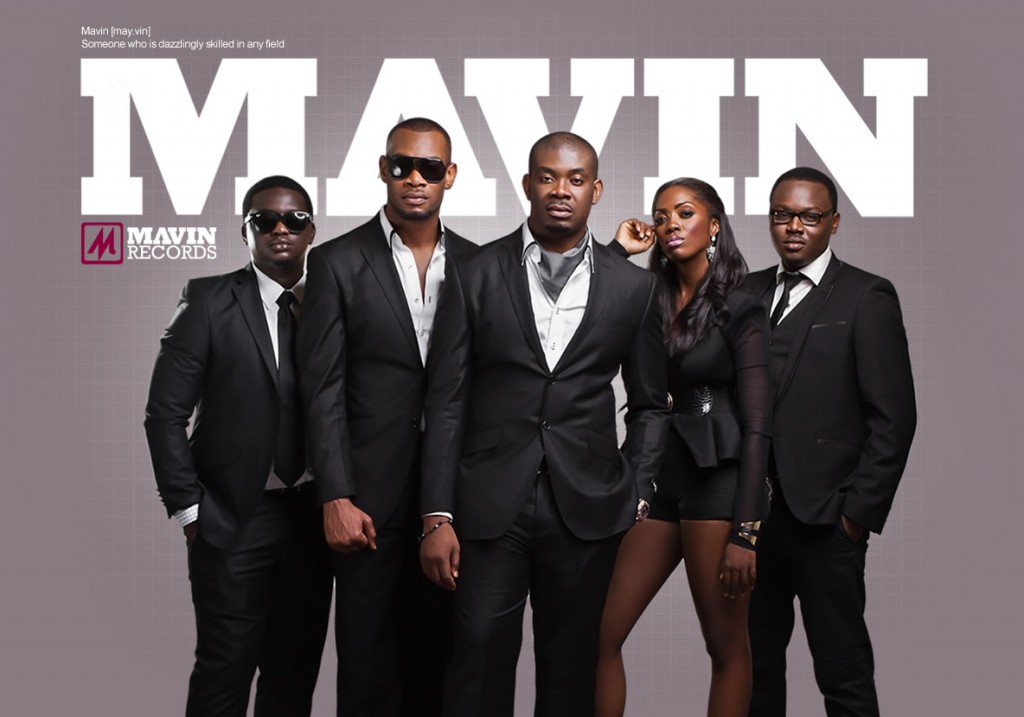 Mavin Records sent out a press release on Thursday officially announcing the departure of crooner, Wande Coal, from the hit-making record label.

Mavin blamed the split on “irreconcilable differences” and a non-alignment of the visions of both parties.

“It is with deep regret that we officially announce the departure of recording artist, Wande Ojosipe, popularly known as Wande Coal, from Mavin Records due to irreconcilable differences,” the press release read.

“Over the past few months, Mavin Records has made a concerted move to consolidate its position in the Nigerian music industry. Mavin has pursued a renewed ethos to raise its standards of quality and professionalism to a world-class level. Wande’s vision has not aligned with ours and a few months ago all parties mutually agreed that a separation would be the best course of action.”

The statement came after a much publicised Twitter fight between the record label’s CEO and ace producer, Don Jazzy, and Wande Coal, over production rights of the latter’s current single, Baby Face.

Don Jazzy, on Tuesday, via the micro-blogging site accused Wande of intellectual property theft, first tweeting, “How long will I continue (to) sweat and some people will choose to steal from me. I am nice and easy going doesn’t mean (you) should disrespect me.”

And then, “@wandecoal, (please) Do the right thing, bro, ASAP. God bless.”

In the second tweet, he added a link to his studio demo of the song from a year ago.

The song, which was officially released on that same day by Wande Coal, had production credited to another producer, Shizzi.

In reply to Don Jazzy’s tweets, Wande, also in a series of tweets, called the producer out for going public on Twitter rather than sending an email or calling the singer on phone.

“It is with sad heart I make this response. Steal from you? I served for 10 years why are you not happy with my progress? You have my phone number, email address and my (direct message) to communicate with me but you choose twitter attention syndrome.

“After all these years of (being) loyal to you I can never believe you will ever say this to me. Trying to bring me down on twitter.

Wande.@donjazzy you are not GOD. You can’t stop me,” Wande tweeted.

Wande also tweeted a link to an “original” studio demo version that he worked on with Don Jazzy.

An entertainment lawyer, Demilade Olaosun, speaking with PREMIUMTIMES, pointed out that determining the IP rights for the song could be tricky.

According to him, it could be argued that Don Jazzy only did the demo for Wande and not the full song.

“Now, lawyers, being lawyers, may argue that the song, although produced by Don Jazzy for Wande (for Mavin Records) under the terms of their contract, was merely a demo and had not been delivered to the label as a completed work, thus, allowing the artiste make use of the song however he so pleased.

“But I will insist that the work, whether demo or fully mastered, since it was produced, arranged and voiced by an official of the label, makes it a property of the label. This is a scenario I would however like to see tested in a Nigerian court,” Olaosun said.

He added that, since the contract between Wande Coal and Mavin Records has not been made public, it would be difficult to say categorically who has the IP rights over the song but a typical recording contract gave the rights to the label.

“While I am not privy to the content of the contract between Wande and Mavin Records, recording contracts typically provide that the copyright in all materials delivered by the artiste during the term of the contract are properties of the label. This means that ideally, when an artiste leaves a label, he has no right to the catalogue of works produced in that time except, of course, if his contract has a specific copyright reversion clause,” the lawyer stated.

He went on to explain copyright terms and deemed Mavin magnanimous for allowing Wande release a previous single, Rotate, produced by Don Jazzy, under his own label, Black Diamond Entertainment.

“Every song has a minimum of three copyrights: rights in the lyrics, sound recording (beat) and actual recording of the song. Now, it is not disputed that Don Jazzy produced the beat for the song and from his tweet, what he demanded was credit for his production work.

“I would say the label has been magnanimous by allowing Wande do a video for Rotate (under Black Diamond Ent) and also  perform all his songs without let or hindrance.”

Olaosun, however, concluded that despite the support and love fans would show Wande, under the law, the IP rights of the song “Baby Face” belonged to Donjazzy and Mavin Records.

Download the studio demo between Wande Coal and Donjazzy here:

Why FG plans to re-introduce tolls on Nigerian roads- Minister