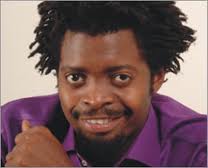 The Awards will hold on October 12.

Ace comedian, Basketmouth, and Nollywood actress, Dakore Egbuson-Akande, have been announced as hosts for this year’s edition of the Nollywood Movies Awards.

The award ceremony will hold on October 12 at intercontinental hotel, Victoria Island, Lagos.

“We plan to make this year’s award show bigger and better,” the Executive Director of the Awards, Alfred Soro, says.