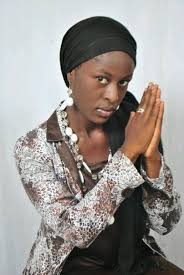 The association said Nafisa was suspended for conduct that violates the rules and regulation of the association. It accused her of organising a party, alongside her friends, Fati Washa and Ummi Lollipop, both actresses and colleagues of Nafisa.

A member of the Arewa Film Makers Association, Ismail Afakallahu, revealed that though the three actresses were summoned for questioning, only Fati and Ummi were present. He said Nafisa ignored the summons and did not attend the panel.

Another official of the association, who did not want his name mentioned, said, “Nafisa was summoned for questioning relating to her recent activities and behaviours’ in the Kannywood which is not in line with the rules and regulations of the Association. Yet the actress proved stubborn and did not show up at the call of the Association. So the Association decided to punish her by suspending her.”

Many actors and actresses in Kannywood, the Hausa version of the Nigerian movie industry, however, condemned the suspension saying it was uncalled for.

“Nafisa Abdullahi does better than most of the actresses in the industry. She is a great actress and we all know that,” said Fatima Mohammed, a Kannywood movie promoter.

“I could not believe it when I heard she was suspended. I think they should reverse that charge and allow her to come back. I know some of my friends who are members of the association and we are pleading with them to show leniency with mercy so she can come back.”

Nafisa reacted to the suspension, when contacted by PREMIUM TIMES saying she would continue with her acting.

“I am following up on the suspension issue for now but I am not quitting Kannywood,” she said.