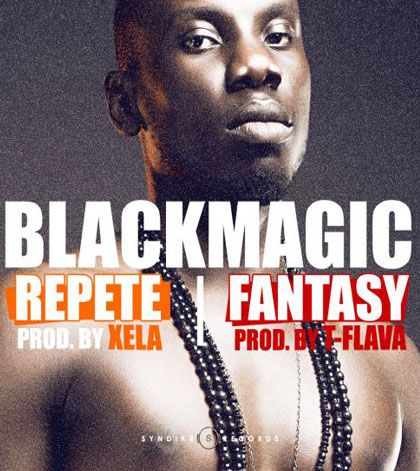 The rapper felt cheated by the label.

Budding rapper and singer, Blackmagic, has called it quits with his record label, Syndik8 records.

Blackmagic, whose new video, Repete, does not carry the Syndik8 Records logo, has launched his own label, Based of Belief, coupled with a management deal with Osagie Osarenkhoe‘s M.et.al Management.

According to entertainment newspaper, NET, the rapper walked away from Syndik8 when label head, Chukie ‘Lynxxx’ Edozien offered him a contract which would see Blackmagic signed on as just an artiste on the label, with no executive stake.

Sources say the rapper, who reportedly played an integral role in building Syndik8 Records, felt he was getting the short end of the stick and chose to leave the label after a fall out with Lynxx.

Blackmagic was conspicuously missing in Lynxxx’s most recent video, Eziokwu which features other members of the label including in-house producer and label president, Ikon; dancehall act Nedu; US returnee rapper, Blink; and in-house DJ, Obi.