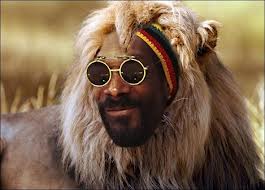 The rapper will be performing alongside Dbanj and Tuface.

The rapper received a Kwazulu Natal ceremonial welcome from a Kwazulu-Natal dance troupe upon his arrival in Durban.

In a meet and greet with the media and fans, the superstar promised a stellar performance of some of the greatest hits that pushed him to fame.

“Coming back to my African roots to perform alongside Africa’s most talented acts has always been a dream for me. This concert will witness the best of Snoop Dogg and Snoop Lion tomorrow as I will be performing a lot of tracks which pushed me into lime light. I also can’t wait to witness performances from my African brothers and I’m honoured to MTV Base for this initiative,” he said.

The rapper who was born Calvin Cordozar Broadus Jr., made headlines in 2012 when he announced a change in his moniker from Snoop Dogg to Snoop Lion.

In his early foray into entertainment, he was known as Snoop Doggy Dogg and was famous for his “gangster rap” styling.

However, in 2012 along with his name change, he announced that he had experienced a “transformation” on a trip to Jamaica, was now a Rastafarian and a move to reggae music.

His latest singles, No Guns Allowed (featuring his daughter Cori and rapper Drake) and Ashtrays and Heartbreaks (with Hannah Montana star, Miley Cyrus) were received poorly by his rap fans for their heavy reggae sound.

However, he is expected to perform a mix of his old and new songs (styles) on Saturday.

Also performing at the concert is Nigerian superstar, Dbanj, who was also present at the meet and greet.

Dbanj expressed his anticipation for the concert saying, “I’m really excited to be here and I can’t wait to perform on the same stage with Africa’s most celebrated stars. The Africa All Stars initiative is an impressive platform that brings African talents together to celebrate African Music and I’m glad to be a part of it.”

According to the organisers of the event, tickets are already sold out as music lovers from around the continent have trooped to Durban for the one of a kind event.

Other stars performing at the concert, which will take place at the Moses Mabhida Stadium, People’s Park, include Africa music heavyweights 2face and Fally Ipupa as well as Camp Mulla, Zakes Bantwini, Professor, among others.