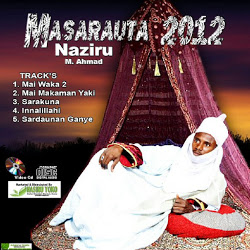 Naziru’s single, Sardaunan Dutse, is one of the most played song in Hausa music.

Naziru Ahmad has announced that he will take a recess from music.

“I shall take a leave (from) singing for some time. I shall also use the time to explore other opportunities,” he wrote.

Naziru became a household name in Kannywood because of his remarkable voice.

His single, Sardaunan Dutse, is one of the most played Hausa songs, according to a Kannywood music poll in Kano.

A close ally of the singer and Kannywood movie producer, Aminu Mpeg, said, the pace at which Naziru broke through the Kannywood industry is not surprising because “his voice keeps you watching and listening anytime.”

Iyanya set for Kukere Concert in London and Manchester