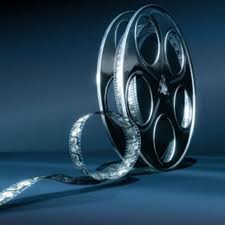 The NFC plans to provide a conducive environment for foreign investment in the Nigeria film industry.

The Nigerian Film Corporation, NFC, said on Friday that it would promote the Nigerian film industry at the 2013 Film Festival in Cannes, France.

It is the 66th edition of the annual festival which is scheduled to hold from May 15 to 26.

The Acting Managing Director of NFC, Tekena Benibo, said in an interview in Abuja that organisation will dialogue with interested parties and offer incentives that would attract investors to Nigeria in order to enhance the quality of movies produced in the industry.

He said that attractive tax incentives, custom clearance facilities and funding schemes were crucial in supporting the development of the industry in Nigeria.

“Each time you go to film festivals and film markets like this, visitors will be coming to your stand or to your pavilion asking you questions about your industry, what do you have to offer? They will be coming with proposals like ‘can I get a Nigerian film production company to do co-production with us’. ‘Do you have incentives such as tax incentives, custom clearance facilities or procedures or processes’ they will ask you all of that. And they will also ask you ‘do you have funding that can support such productions if we come in’.

“Yes they will be coming in with their money, but they want to find out whether we have the capacity to support productions like that,” he said.

Mr. Benibo also said that the corporation will partner with the Nigerian Export Import, NEXIM, Bank, the Federal Inland Revenue Service, FIRS, and the Nigeria Film and Video Censors Board, NFVCB, to address some of the challenges that could slow down efforts at developing the movie industry.

According to him, Lagos State has expressed its interest to participate in the festival and sell Nigeria as an attractive destination for entrepreneurs seeking to invest in the nation’s film industry.

“Similarly, Kano State with its `Kannywood’ plans to promote its own genre of film production at the festival in Cannes,” he added.

Mr. Benibo was optimistic that the festival would serve as a veritable platform for interaction among countries on ways to improve the standard of film production globally.