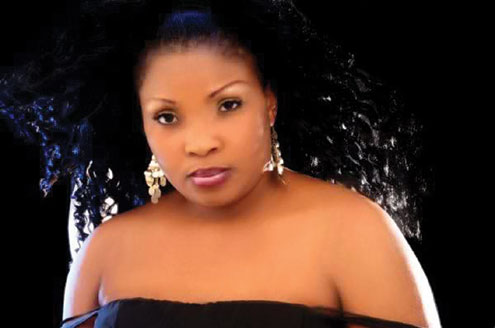 Nollywood-Yoruba actress, Laide Bakare, has quit her marriage with her US based husband, Mr. Okunfulire. In a statement, Laide revealed the reason she left.

“But things fell apart when she discovered that she was indeed married to a man with a legally married wife and two children; not a single man she thought he was as told her by Mr. Okunfulire when the relationship started,” Laide said in the statement that was written by her publicist.

Though the former union with Mr. Okunfulire produced a child, Similoluwa; the actress has wasted no time in picking a new lover, Tunde Oriowo, a Lagos socialite whom she had a secret Islamic wedding with before going on holiday in the United States of America.

“Laide has just entered into a new relationship with a Lagos based popular businessman, Mr. Tunde Oriowo. The relationship began late last year and culminated in the lovers officially sealing it with the Muslim rites called Nikkai, at a quiet ceremony in Lagos attended by trusted associates and close family members from both sides,” her publicist said.

Laide Bakare and her new husband, Tunde Oriowo who are currently in United States of America on holiday, will hold the wedding proper before the end of 2013.

Jonathan, ACN accuse each other of being “despotic”