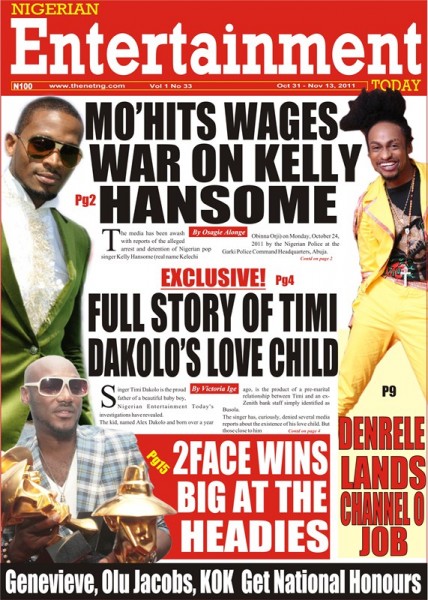 AN Entertainment newspaper, The Nigerian Entertainment Today, NET, whose website was hacked recently, has announced www.thenetng.net as its new domain.

According to a statement signed by the publisher of the newspaper, Ayeni Adekunle, the hacked www.thenetng,com is “a calculated attack by detractors to unsettle and distract us, knowing our third anniversary (April 26) is just around the corner, as well as the inaugural Nigerian Entertainment Conference holding next Friday.”

Adekunle provided information on how the hijackers are demanding for ransom to reclaim the website which currently ranks as the 50th most visited website in Nigeria on web rating site, Alexa.

“This incident occurred in the early hours of Thursday, April 18 and the hijackers immediately followed up with an email, announcing their operation and demanding $1,200 ransom to reclaim our property. They have since sent other emails and made fresh requests which we are reviewing with our lawyers, registrars and IT team.

“After careful considerations, we decided yesterday that we will not be negotiating with the hijackers, that we will not bow to these cheap internet terrorists and we will definitely not be paying the requested ransom money ($900 as at their last email),” Ayeni said.

The publisher also stated the newspaper’s willingness to make sacrifices for their business.

“We decided instead, to work with our registrar, our in-house IT team and consultants to legitimately reclaim our domain while setting up a new destination – www.thenetng.net – as our home until this is resolved. We are aware this may take some time but it is a sacrifice we are willing to make,” he said.

The publisher also appreciated the support of the media, readers and partners.

“We thank our friends and partners, especially media colleagues for the calls and support, as well as the many readers here and abroad for their patience during this time,” he said.

Lagos plans to increase food supply by 25 per cent