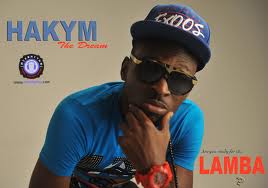 Serengeti Records drops all artiste on its label

One of the dropped artistes, Hakym the Dream, says he will float his own label soon.

Popular Record label, Serengeti, has dropped all the artistes on the label’s imprint including Hakym the Dream.

Other artistes dropped are Evolution, and in-house producer, Josh Beat.

A PREMIUMTIMES source revealed that the action by the label might be connected with the release of America returnee rapper, Godwon, in January.

While on satellite station, Nigezie, Hakym the Dream said he is moving on with his career and intends to float his own label soon. He was signed onto Serengeti label in 2011.

The future of other artistes, Evolution and producer Josh Beat, on the closed label is still yet unknown.

Efforts to reach any official of Serengeti records were not successful and calls placed to Haykm’s phone were not answered.

No going back on Okada ban, Niger Governor, Aliyu, says