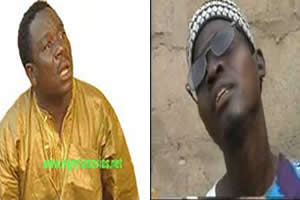 The Hausa movie industry, Kannywood, is growing and seeking to cover new grounds as it incorporates actors from Nollywood, into its films.

in a comedy blockbuster titled, Karangiya.

According to the movie marketers and producers, the film sold about a million copies.

But Kannywood is not slowing down as it takes on one of Nollywood’s most popular comedians, John Ibu, mostly known as Mr. Ibu in another movie called Dan Abuja.

Dan Abuja is yet to be released, but clips of the movie are already being advertised. It is a movie to watch out for, Aminu Mpeg, an editor and a kannywood movie director  said.

“We want to use this avenue to bring unity among us. And more movies of such collaboration are coming. Although star movie actor in the kannywood have since featured in many nollywoood movies, like Ali Nuhu, Sani Danja and many others,” he added.

The actor, Dan Ibro, whose real name is Rabilu Musa, is a recognised personality in the Kannywood comedy scene. He was jailed several times by the Kano State Government under the ex-Governor, Ibrahim Shekarau, for acting in movies believed to be violating the censorship rules in Kano.

Dan Ibro subsequently laid low until recently. He is believed to have appeared in more movies than any actor in the Kannywood industry.

Ice Prince, Davido, May D, to storm Abuja for Tyme Out With Tee-A