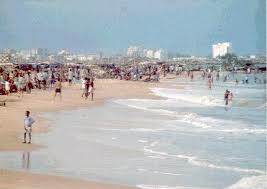 The state government wants to develop tourism as a means of generating employment for the people.

The Permanent Secretary, Lagos State Ministry of Tourism and Intergovernmental Relations, Ashamu Fadipe, on Monday said the government had mapped out strategies to upgrade tourism sites in Lekki and Badagry.

Mr. Fadipe made this known in an interview in Ikeja.

“Those strategies, include the development of Lekki axis as resort centres and Badagry axis as the former slave routes and its other cultural and tourism potential,” she said.

Mr. Fadipe said that the decision of the state government to develop the two areas was due to their enormous tourism potential.

“The essence of doing this is to harness the potential of the area. The potential are enormous. If you want to talk of what we have in Lekki axis, there are Island culture, lake, lagoon, rivers leading to the Atlantic Ocean and the cultural aspect of people within that locality.

“On the other side of Badagry, we have the first storey building, the slave market and so many other things that have to do with history. These are what the international tourists want to see and these are what adventure visitors want to see. In doing this, it is the way of making the locality known; making the state known and also making Nigeria known as well,” he said.

The permanent secretary said the decision of the government was meant to develop tourism as a means of generating employment for the people.

He added that many people would benefit economically from a visitor that stayed in a locality for at least one week.