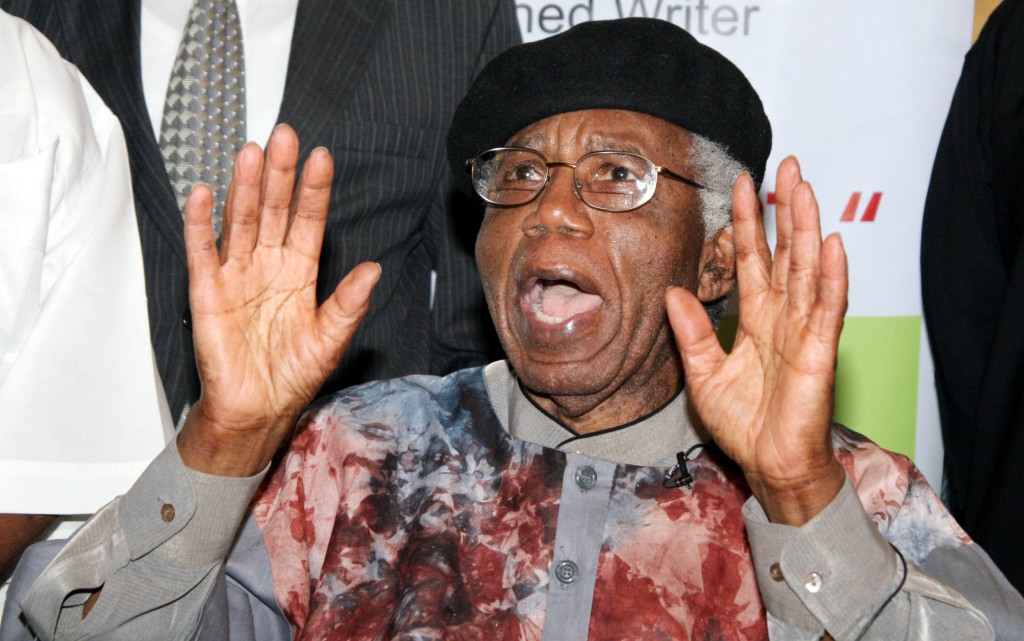 Achebe was one of the founders of ANA.

The Association of Nigeria Authors, ANA, has described the death of Chinua Achebe as a blow to the literary world.

Denja Abdullahi, ANA National Vice President, made this known in an interview in Abuja on Friday.

He described Mr. Achebe’s death as a loss to Nigeria and the African literary world, stressing that Mr. Achebe had contributed to African literature and the founding of ANA.

“Achebe, while alive, was already regaling in the aura of a living ancestor so, his eventual departure is painful like every death,” Mr. Abdullahi said.

He added that the literary giant stood for truth and justice and also described him as a calm man.

Erode Oribhabor, the Chairman, ANA Abuja chapter, described Mr. Achebe as a father and mentor who inspired him as a poet.

Mr. Oribhabo said that Mr. Achebe would be greatly missed and described the death of the poet as a celebration of life.

He said that the poet was fantastic and supportive to the struggle of African literary work.