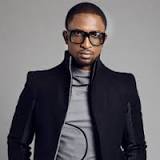 The video, which was directed by Mark Hofmeyr, has a futuristic feel and shows that Darey has really set a standard for himself.

Also, the “Ko Soro” hit maker, Mo’Eazy is back to take over the air waves.

The U.K.-returnee surprised fans on Monday with a double combo of his latest singles, ‘Smile’ and ‘Never Going down’ featuring Darey; and released simultaneously with a big-budget video.

“Smile” video which was directed by cinematographer, Mark Hofmeyr, has an impressive display of special effects showing Mo’Eazy trying to win the heart of a girl he is in love with.

The talented singer-songwriter-performer, who released two singles, Lo Lo la and Totally Yours, featuring Wayne Wonder in September 2012, is set to excite her fans with the video for Lo Lo La. The video boasts of an amazing splash of colours and a display of girl power.

The video was produced by Soul Muzik/Capitol Agent Media and directed by Walu.