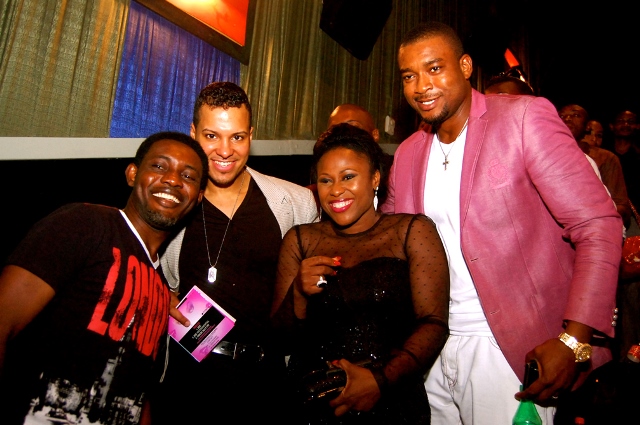 It was an array of movie stars on Saturday as Ozone Cinemas, located inside the E centre, played host to the Nollywood stars who came for the premiere of the long anticipated movie by Uche Jombo– My Life, My Damage.

One of the highlights of the event was the special appearance of Kenny Rodriguez, Uche’s husband, who flew in from the U.S. on the eve of the premiere to rally a robust support for his delectable wife.

My Life, My Damage, is a story of a young Nigerian girl with big dreams of becoming a seasoned doctor abroad; and her struggles with drugs and the harsh reality of living with HIV/AIDS. It stars Tonto Dikeh, who played the lead role as Dora the antagonist. The movie is Tonto Dikeh’s cinema debut, and thus places her in the rank of bankable Nollywood actors.

The movie is one of the many produced by the multi-award winning actress and producer, Uche Jombo Rodriguez.

Uche Jombo has featured in many movies including Girls cot, Games Men Play, The Celebrity, Damage, and Unguarded.

Flying Eagles to get N.3m match bonus each