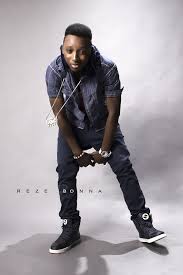 The young rapper says his biggest challenge in the music industry is the politics of air-play.

The self-proclaimed ‘king of the south’ soon signed on to Storm Records and released three official singles- Follow Me Go feat Wizkid, Oh My Gosh, and Picking Things.

Then he went off the radar.

“I actually have been working. For the most part of 2012, I was on tour in and out of the country on NaetoC and SolidStar’s tour. This took me to South Africa, Malawi and other African countries. At the same time, I was recording my album which is ready now.

“So, I didn’t disappear rather, I have been working hard to give my fans good music because they deserve the best. But if you look at it again, I really didn’t go off the radar. I released my Green Light Green mixtape, a video and my third single, Picking Things while I was out of the country on the tour,” he said.

On his debut album titled 6 O’Clock, the Warri-born rapper said that it will satisfy hip pop fans’ quest for good music and will do well in the market.

“The album isn’t out yet but has trended 3 times on Twitter. This shows that people can barely wait for it,” he said.

Giving more details about the album, he added, “My first two singles almost didn’t make the album but I just had to include them. I have M.I, NaetoC, Davido, Iyanya, Bruno, SolidStar, Phyno on the album and I worked with super producers like Samklef, Ekelly, Jesse Jagz, Piffzy. So, you can imagine how hot the album will be when it finally drops.”

The Storm Records act said that his only challenge so far as been the politics of ai- play. He pointed out how difficult it has been getting his songs and music videos on TV and radio stations.

“Every OAP or DJ wants you to give something even though they don’t say it in clear terms. They forget that I can’t actually give everybody money. Despite the demand for my music, some OAPs still don’t play my music while some show me love and I really appreciate them. All other challenges have been sorted out,” he said.

Yung6ix’s singles have been really successful with his second single, Oh My Gosh, earning him 7 out of a total 12 nominations he bagged at various award shows last year including 2 at the prestigious Headies.

Talking about his relationship with other artistes in the music industry, Yung6ix said he is cool with his colleagues, adding that he shows love to everyone and expects other artistes to do same. He, however, singles out NaetoC and M.I, saying that both have been like father-figures in the industry to him.

“NaetoC is a big brother, mentor and a friend. He actually helped me with my first single, Follow Me Go. In fact, he is the reason why the only challenge I have is air play. He has taught me how to deal with all other things. M.I is also another person I really respect. He supports me and shows me how to go around also,” the singer said.

The young rapper does not have much of a life out of music.

“My life is basically about the craft. I will either be in the studio, writing or even sharing a song idea with either my manager or a producer. I relax by playing video games like FIFA. I’m really a game freak although M.I thinks he will win me if we play against each other,” he said.