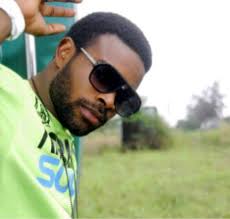 Mr. Afolayan urged government to assist the industry to address the problem of piracy.

Gabriel Afolayan, a Nollywood actor, on Wednesday urged the Federal Government to support the entertainment industry to fight piracy.

Mr. Afolayan said in Lagos that piracy has retarded the growth of the entertainment industry.

“Piracy is killing business and not helping the growth of the industry,” Mr. Afolayan said.

He said that consumers were lamenting poor quality of film production in the country as a result of piracy.

“The poor film production is not the fault of producers but piracy had brought about low quality production.

“Piracy has made things difficult for producers after spending much on production of films. Therefore, producers tend to manage cost in order not to lose the market,” he said.

Mr. Afolayan urged government to assist the industry to address the problem of piracy in the country.

“Government should support the growth of the industry and also see the sector as a major income earner,” he said.

He said that actors were not enjoying the industry anymore because of their experience concerning piracy.

EFCC to settle out of court with dud cheque issuer