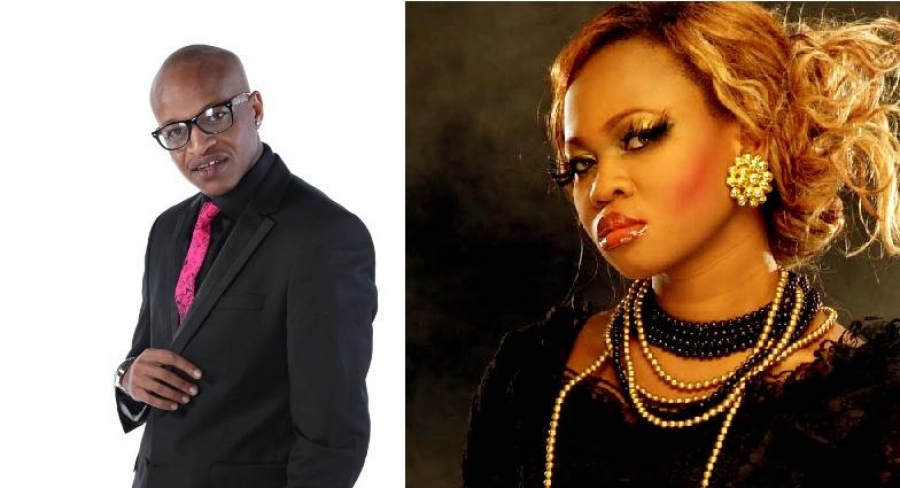 Andrew Harvey, the widower of the Nigerian singing sensation, Goldie Harvey, who passed on on Thursday night has warned the first runner-up in the 2012 Big Brother All Star TV reality Show, Prezzo, to keep away from the musician’s family as he and other relatives mourn his wife’s death.

Mr. Harvey was reacting to reports that Prezzo, the 32 year old Kenya rapper was so devastated by Goldie’s death that he immediately jumped on a plane to  Nigeria. Both Goldie and Prezzo were fellow contestants in last year’s Big Brother All Star TV reality Show, where they appeared to have hit it off.

But after sharing the report on his Facebook Page, Mr. Harvey, a senior contracts engineer based in Kuala Lumpur, left a comment, warning the Kenyan to keep away, saying the musician had caused the family enough trouble already.

“Prezzo, please, leave our family to grieve in peace,” Mr. Harvey, who appears to be in England at the moment, said. “You have caused enough hurt and pain.”

He did not provide details of the pain Prezzo had caused. But his comment left many (who apparently didn’t know Goldie was married) wondering where Mr. Harvey was while his wife appeared to have a sizzling romance with Prezzo.

“Goldie and  Prezzo’s relationship was not a secret. Where was the hubby all this while? It doesn’t make sense unless they were separated,”  Aluwani Ndou, commented.

Mr. Marvey then explained,  “BBA is no different than being in a movie, some actors have to live with their wives “acting” certain scenes in movies, that goes with the job.  If you love each other and nothing untoward happens so what!”

But in this video, Goldie opened up on Prezzo, admitting a relationship between them.

Prezzo had visited Nigeria last August, telling a select group of journalists he was in the country to win back Goldie, who he described as his love interest, Goldie.

According to him, he travelled all the way from his native country to apologize and propose to Goldie, if she gives him an
opportunity.

Below is an excerpt of what he told journalists at the time.

“I went into the house with the mind to make my country proud and make the money and along the line, I developed feelings for Goldie and I still do up till now as I speak. We have not spoken together as I speak, so I am here to get a hold of her and apologize. Ever since the show ended, I have not been the same as I have been thinking about her (Goldie). From what was supposed to be just a game, I developed feelings for her. I just want her to give me just 30mins. I pray she answers my call, because I feel everything happens for a reason. There were a couple of ladies in the house, but my mind chose her. Goldie and I are on the same path that is why we flowed together.”

“During my stay in the house, I told Biggie about my feelings for Goldie on several occasions so I was not playing games with Goldie. The most important thing as far as I am concerned, is what happens outside the house when the cameras are off and not inside the house. I have no regrets going into Big Brother house; it was an experience of a lifetime. I am here just for Goldie and not to build a fan base in Nigeria. I want Goldie to give this Maasai Warrior one more chance. Honestly, the journey of a thousand miles begins with one step once Goldie picks up her call we can pick it up from there because I want to spend the rest of my life with her. I know it is not easy to convince Goldie but I love her and I know the feeling is mutual. When I left Kenya to SA, my mission was to win the money and make my country proud but when I got into the house, as an individual nature took its course and I developed feelings for her even as I speak to you now.”

No married man with his right senses will go into the competition. I was once married but we have been separated for two and a half years now but we have a beautiful daughter together. My divorce is an ongoing process; we don’t live together any longer. My ex wife knows that our relationship cannot work so there is no string attached as far as we are both concerned. It didn’t work out so we went our separate ways.

For anyone who feels I offended them while I was in the competition, I ask for their forgiveness. Remember the house can bring out the best or worst from anybody. I have a mother, sister and daughter so I am really sorry.”