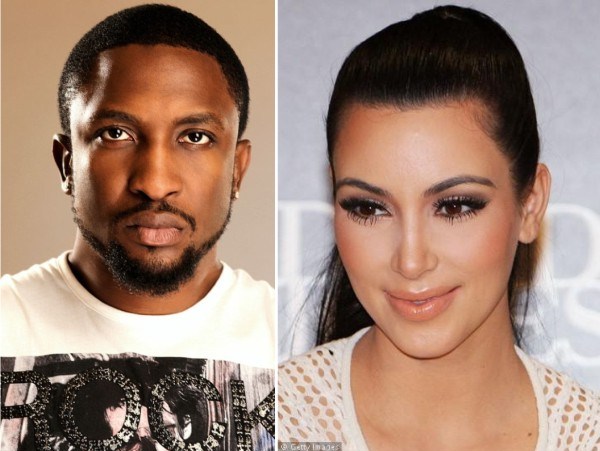 Kim Kardashian will be in Lagos, South West Nigeria, next week

American TV reality star and business mogul, Kim Kardashian, has been announced as the co-host and ‘special platinum guest’ of Nigerian R&B singer, Darey Art Alade, at his event, which takes place next weekend, February 17, at the Convention Centre of the Eko Hotel and Suites, Lagos.

While this will be the Keeping Up With the Kardashian star’s second ‘appearance’ in Africa after she and sister, Kourtney, graced the launch of alcoholic beverage Brutal Fruit in South Africa two years ago, this will be her first time in Nigeria. The 32-year-old star visited Ivory Coast in January.

Headlined by award winning artiste, Darey, with support from his protégés, international returnees Mo’Eazy and Zaina, the event will feature some of the best theatrical performances ever witnessed in Nigerian concert history. Some of the biggest names in Nigeria as well as international artistes are expected to join him for the spectacular love concert.

As announced earlier, the concert will feature Nigerian superstars 2face Idibia, Flavour, Ice Prince, Iyanya, and Darey to deliver what many say will be the valentine concert of the year, and one of the most memorable events in Nigeria’s history. Other hit-makers like Timi Dakolo, Waje, 9ice, Praiz and Naeto C are also billed for the concert, as well as South Africa’s Jozi.

“We’re bringing together some of the greatest talents in the world of entertainment for a special evening where we celebrate love and all it means to us…Millions of Nigerians follow Kim on her different shows, especially Keeping up with the Kardashians, and we thought it’d be a good idea to have her co-host Love…Like a movie with me,” Darey said.

“We intend to create a magical experience that will stay with our fans for a lifetime. This concert is definitely one to watch out for as it is one of the very few concerts that will have a full display of exciting performance varieties interpreting powerful emotions, music, traditionally inspired dance/acrobatic performances and so many more.”